On the last day of winter at GSOM SPbU members of GSOM Family gathered together on the meeting with well-known Russian businessman Oleg Zherebtsov.

More than 120 representatives of the business community GSOM Family: alumni, students, faculty and staff visited lecture and more than 350 people joined the online broadcast on the Facebook page and the website to listen to the personal experiences of a businessman, his views of life and professional guidelines.

Olga R. Verkhovskaya, Associate Professor of Strategic and International Management, was the moderator of the meeting.

Having achieved success in the retail sector in 2010, Oleg Zherebtsov opened pharmaceutical company Grotex Ltd., and in 2013 in St. Petersburg started working modern plant for the production of liquid medicines “Solopharm”. Explaining his choice, the businessman told about choosing between two promising areas of the Russian economy - pharma and agriculture, and of the decision to run a pharmaceutical company.

“Pharma is good in that you can set up a business within a business. You can grow a separate brand and sell it at a cost that will be several times higher than all of your plant. Three guys in Oklahoma can come up with a molecule, which treats multiple sclerosis, and sell their product, after for $ 2 billion. The whole their laboratory can cost $ 100 thousand, but they have an invention”.

Watch video of the event >> 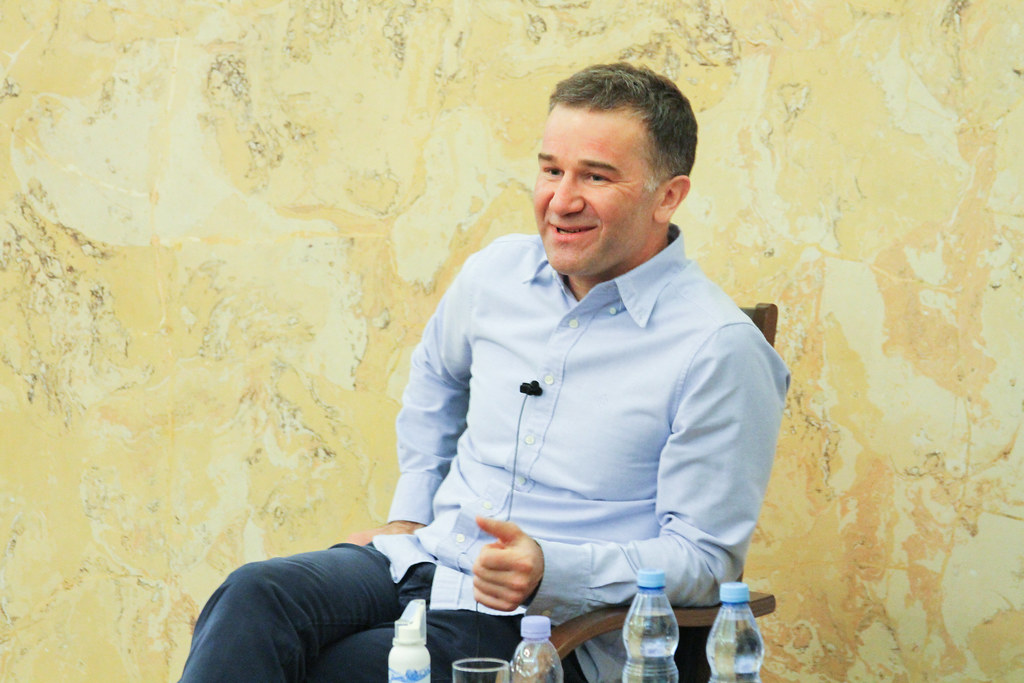