Vladimir Belopolsky and Daniil Kobzev, GSOM alumni told about the SpeakerGuru project and the role of GSOM in it

In an interview, Vladimir and Daniil told how they came up with the idea of creating a joint SpeakerGuru project, what role GSOM and Executive MBA program played  in it, and what difficulties they encountered during the pandemic.

When have you met and why have you decided to organize a joint business? What role did GSOM play in it? 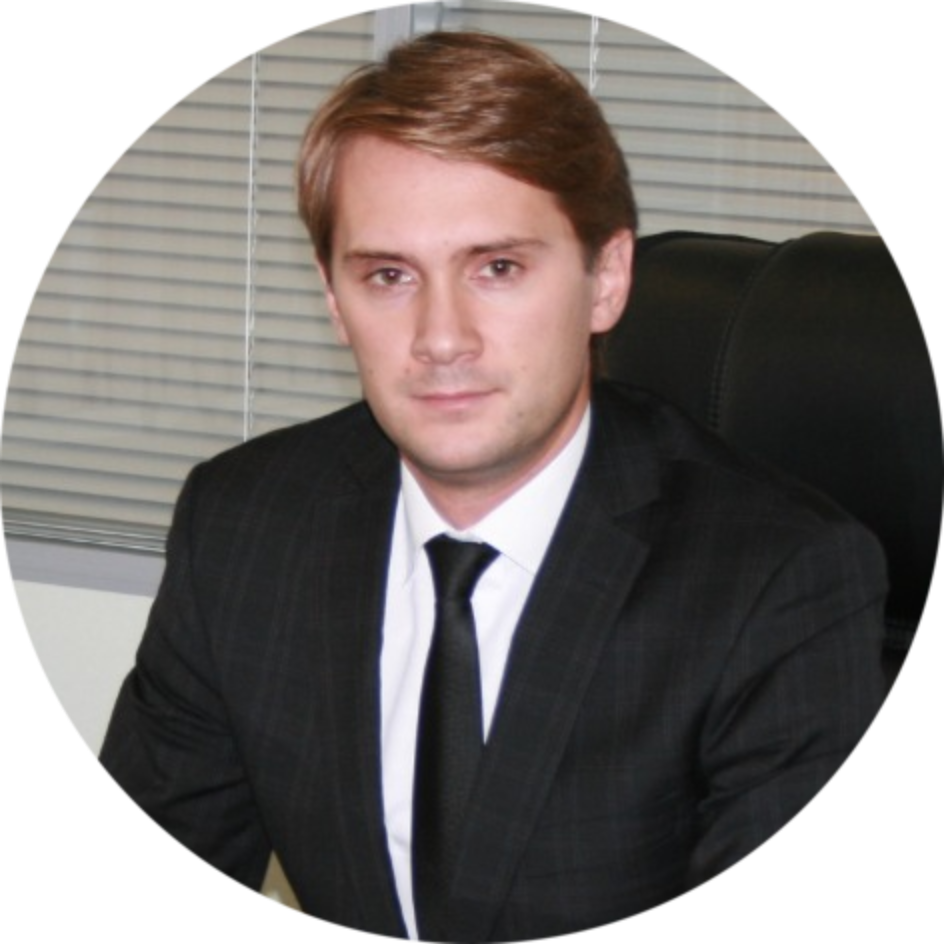 Daniil Kobzev: In 2015, we started learning on the Executive MBA program at GSOM SPbU. With Vladimir, we quickly found mutual understanding and common interests. Our project almost appeared on the entrepreneurship module led by Igor Rozhdestvensky and Galina V. Shirokova. By the way, now Igor is our mentor, and we really appreciate his contribution to the project. We worked in groups and came up with new business ideas. Frankly, the idea of SpeakerGuru did not immediately come to mind, and at first we talked about some nonsense. The first idea of a VR platform was proposed by Vladimir. I supported him, as there was an obvious “pain”  i. e. a potential client problem that the platform can solve. That same evening, Vladimir and I went to a cafe and began to think through the concept of the platform in detail. And so by 4 a.m. the first concept was ready.

Vladimir, how did you come up with the idea of creating the SpeakerGuru platform?

Vladimir Belopolsky: Before SpeakerGuru, I worked in event management and, shortly before the training module, I saw the British project VirtualSpeech, which is engaged in training public speaking in VR. Even then, I had an idea to make copycat of this project to the Russian market. But the development of the project was hampered by the lack of a team. At the Executive MBA, I found like-minded people, and we moved from idea to action.

How are your roles in the company divided?

Daniil Kobzev: Vladimir suggested the idea, quite naturally, he became the leader of the project from the very beginning. Vladimir has a strong background in IT and business management. Today we have a company in Estonia, where he is CEO. I am involved in business development and sales in a project.

I have worked in sales for more than 13 years, I have held senior positions in large companies in various fields from construction and power engineering to sales of electronic components and after-sales service. Understanding the specifics of the b2b market helps me communicate with large companies such as L'oreal, Pepsico, MTS, Severstal, Russian Railways, Caterpillar and others. But in general, in work on a startup, flexibility is more important than the corporate structure, so the separation of roles is often a convention.

Did you have an understanding during the work on the SpeakerGuru project that it will become in demand? 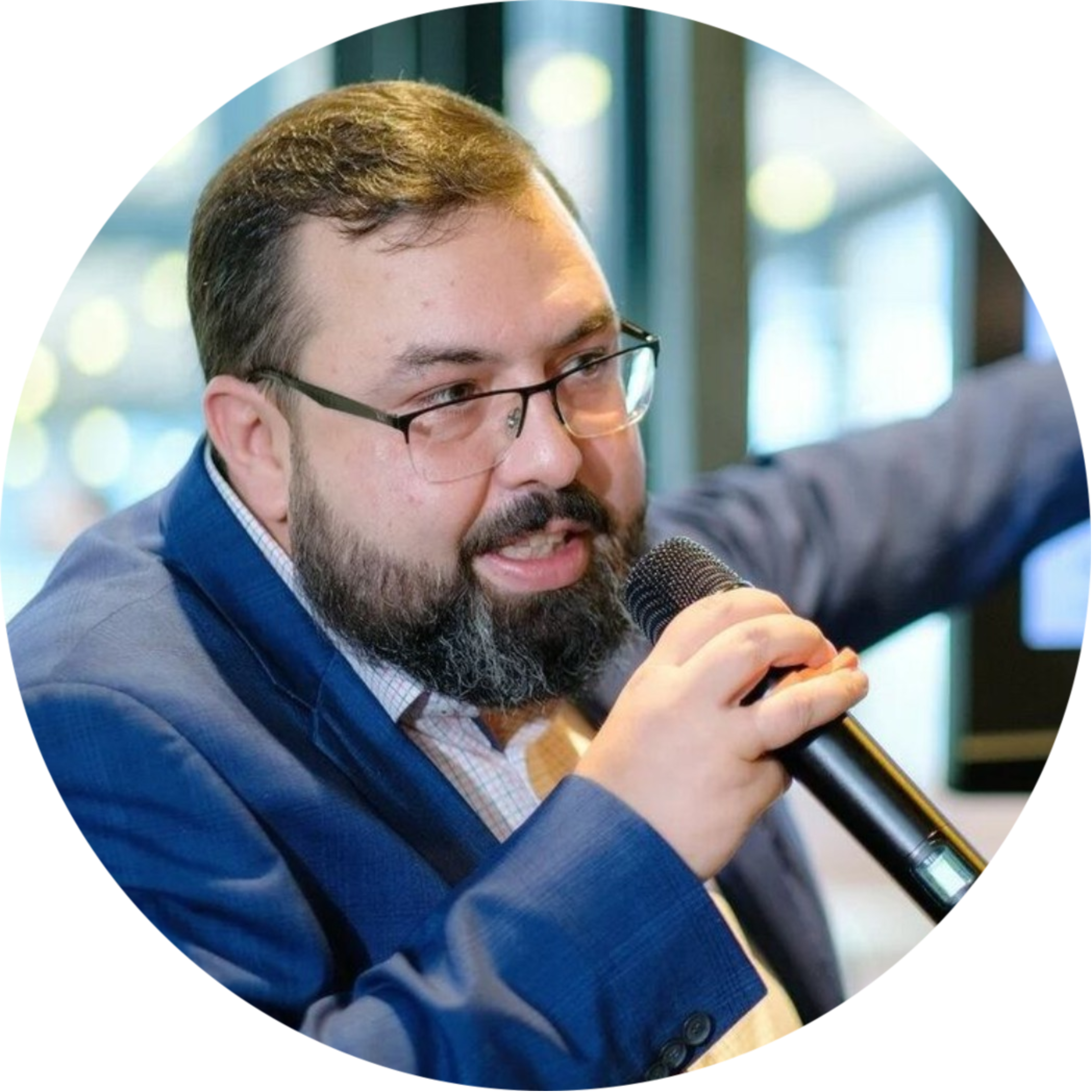 Vladimir Belopolsky: Of course, at the beginning of work on the project there was no full understanding. Moreover, we did not immediately find the right direction of movement. At first, we wanted to create a platform for public speaking training that everyone could use. But it turned out that the mass market is not ready for VR yet, especially in Russia - expensive equipment, people do not understand the value. In addition, we did not have a well-developed product for the B2C client.

We realized that before releasing the perfect product to the mass market, we need to develop it in the “auto racing”, namely in B2B. We conducted a case among large companies and found a "pain" in the field of corporate training.

We have no doubt that the future is in working with VR technologies. Today, large corporations have employees outside the office or in remote offices in different geographical locations. Managing knowledge and corporate staff training is becoming more difficult. Traditional offline learning and education are inferior to e-learning systems, which are much more effective in terms of time, cost and content availability. The corporate training market in the world is already more than $ 200 billion and is growing annually by at least 10%. And the cost of equipment in the amount of $ 400-1000 for the corporation is not scary, unlike the persons.

However, when it comes to communication skills training, most e-learning systems do not provide an adequate sense of interaction between people.

So we focused on the development of a platform that combines traditional online learning formats with skills development in virtual reality, which provides the effect of presence, does not limit the body language and reproduces eye contact - SpeakerGuru.

Who is your main customer? Who are you focusing on?

Daniil Kobzev: Our main customers are large technology companies. They work mainly in the B2B segment and have a comprehensive product that requires special sales and customer service skills. Their geography covers the whole country or the whole world. It is also important for us that the company has already dealt with innovation before, ideally, that it has already worked with VR.

Are you planning to create a product that will be focused on the B2C market?

Daniil Kobzev: When we created SpeakerGuru, we planned that every person on the planet will be able to use our service and train their communication skills. But we quickly realized that this was not the place to start. The B2C market is very moody. I consider that we will be able to work on this market later. Working with the corporate sector will allow us to create a product with many different cases, test them in action, study the user experience and improve the user interface. Then, perhaps, we will be ready to launch the product on the mass market.

Vladimir Belopolsky: We are following the VR market and are waiting for a turning point when the market leaders Apple or Oculus (owned by Facebook) begin to create a mass product. Now the cost of equipment and systems is too high for the client. To reduce this barrier, it takes 3-5 years for the VR equipment market to reach a new level and make the technology more accessible. By this time, we will be ready to release a product that is successful in the corporate sector.

In an interview on VC, you said that you planned to scale your business and entered international markets. How is it possible to realize this now? If so, how strong is the competition abroad?

Daniil Kobzev: We have built a pipeline on the European market. First of all, we are interested in large telecommunication companies, because we have a successful case of cooperation with MTS, and we want to share this experience. And since we are still a startup, we need to look for more effective approaches to our customers. We are in the implementation stage of our European campaign, we are conducting a demo and agree on pilot projects.

If we talk about competitors, there are both direct and indirect. Direct - these are similar projects that are engaged in VR, and almost all today are at the “pilot” stage. The VR learning market is still very young. However, some players have already attracted serious investment. We also work in the direction of obtaining investments, we are developing and do not stand still.

Vladimir Belopolsky: Companies in the market that are engaged in educational VR-projects are not able to fully satisfy the demand from the business. There is no clearly formed market in this direction; therefore, competition is not felt either. But there are large players on the market - late-stage startups who work with global brands. The market is growing rapidly, investments are pouring into the market, but there are no major players and monopolists.

Has your business grown in crisis? And can it be said that the crisis due to the pandemic has become a springboard for the development of IT, in particular the VR direction?

Vladimir Belopolsky: Of course, interest in such projects against the backdrop of a pandemic and quarantine has grown significantly. At the moment, we are negotiating simultaneously with eight companies only in Russia. Everyone understands that nothing can replace offline training, but only VR and AR can maximize bring online learning closer to classroom activities.

The B2B market is now spending on strategic projects. It will allow them to more effectively get out of the crisis and qualitatively train specialists for the future. During the crisis, several trends formed. Firstly, the problem of learning has become more pronounced and acute. Secondly, it became clear that the world after this crisis will never be the same. Thirdly, companies have money, but they spend it only on strategic campaigns.

Product promotion in a crisis different from normal time? What do you focus more on?

Daniil Kobzev: A crisis is the time when some businesses, companies, projects stop to exist and  others begin. You need to run faster, talk about the project more and more actively.

We emphasize that the world will no longer be the same as before. No one guarantees the safety of offline trainings and VR is a really effective solution to how to make online trainings look as offline as possible. In addition, today it has become easier to reach customers and arrange meetings with them, as this can now be done remotely. And the customers got a little closer.

Returning to educatuin at GSOM. What new opportunities have opened after your graduation from the Executive MBA program?

Daniil Kobzev: After the graduation in 2017, I changed two jobs. I realized that I needed to move forward. There were many thoughts on how to rebuild everything. After the training, I look at things differently, see new meanings, expand horizons and strive for more. After graduation, requirements for myself, for world and work have grown.

Vladimir Belopolsky: Before the program, I was a hired manager, with a small share in the company. After training, I was able to create a startup with a new team, where I have a large share and the possibility of development. It was a step into the unknown. After all, either you work for someone and get an increase in wages and status, but rest against the "ceiling", or you get the opportunity to grow, and no guarantees, but it all depends on you. And I took a chance.

What is the most valuable thing you received during the training?

Daniil Kobzev: In the first place I would put networking. When you study at the best business school in the country, you have the opportunity to communicate with the best of the best, speak the same language with them. They motivate for new exploits, open my eyes to opportunities. You have a chance to plan and build something with them. This is valuable. Of course, the knowledge that we have received is also very valuable and relevant to us.

Vladimir Belopolsky: This is both knowledge and networking. And also GSOM has given me self-confidence, and it is the most important thing.