“At GSOM, the concentration of talented people per square meter is off scale,” — Alexandra Bayakina on her career at Tesla and studying at GSOM

Alexandra Bayakina graduated from the Graduate School of Management at St. Petersburg State University (GSOM SPbSU) in 2012. After completing her studies, she moved to the Netherlands and in 2013 began working for Tesla. Now Alexandra is leading the Tesla Business Analytics team in Europe. In an interview, Alexandra spoke about her career path in the company, about the competencies obtained at GSOM, which were useful in her daily work, and gave several recommendations to future Master students. 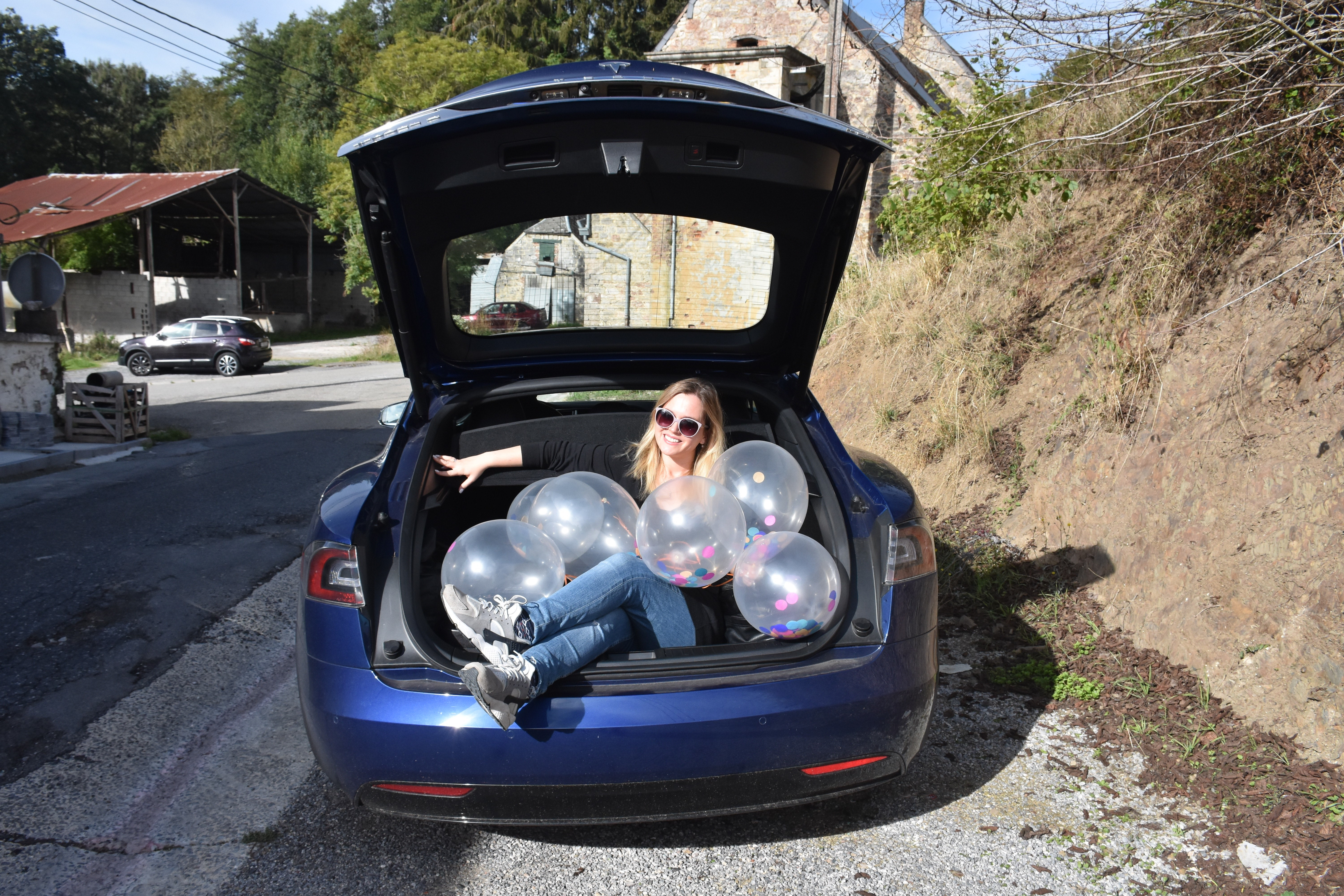 Tell us about your work at Tesla. What do you do there?

I am leading the European Business Analytics team. Our main goal is to help the business to make data-driven decisions. We are responsible for the collection, processing and storing of data, developing reporting systems, data analysis and modelling. By using the data we can describe what is happening, why it is happening and what we could do in order to achieve the required results.

Why did you decide to start a career at Tesla? What points should you pay attention to when applying for a job in a company?

At that time I was still a young professional. It was very important for me to start my career in a company that would support my professional development. I gained a lot of skills during these almost 7 years at Tesla and I continue to learn every day. And of course I feel very connected to the mission of the company to improve and develop the world around us.

How did your career develop at Tesla?

In September 2013, I got a job at Tesla in the Sales Operations department. I was mostly dealing with administrative tasks related to sales and delivery of Tesla Model S in Europe. In 2014 I became one of the first Business Analysts in Europe. At that time our team’s key priority was to improve the reporting and database development. We successfully reached this goal and started working on more complex and advanced projects. In 2016 I became the manager of the team, which consisted out of just one analyst. Today we have a fully international and diverse team of 7 people.

Is it difficult to manage an international team? Is work mentality important?

I am proud of my team. It is not difficult for us to work together despite different nationalities. In the Netherlands it is quite common when teams are made up of representatives from different countries and the main corporate language is English.

The cultural diversity enriches our team. We understand each other very well, we spend a lot of time together both at work and after working hours. The most important thing in the team for me is the confidence that we feel comfortable working together. To achieve this we learn to understand, respect and complement each other. 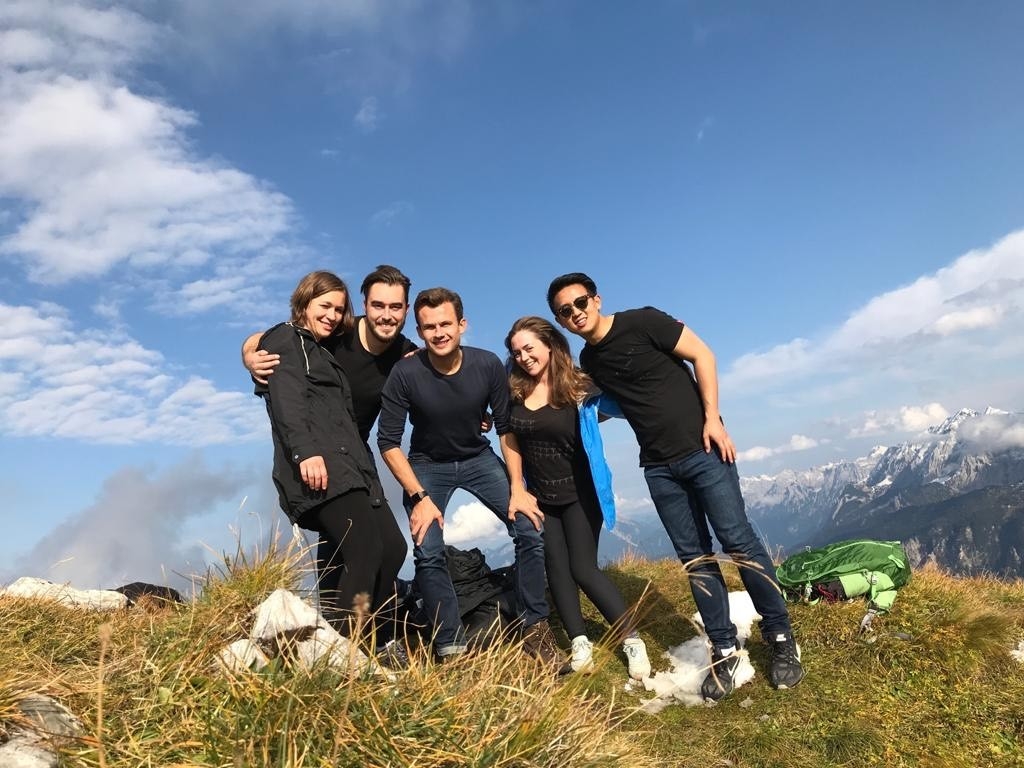 What are you doing to motivate the team?

My team knows that we have to stand in for each other and only together we will achieve our goals. But we do not just work hard, we also celebrate our success. Every year we hold a team building event. Once we climbed one of the highest mountains in the German Alps, and the other time we made Russian dumplings (a.k.a. pelmeni) in bulk under time pressure. We even have a motto for the team - Ain’t no mountain high enough - it means that there is no obstacle that we could not overcome as a team.

Is there any difference between the principle of building a workflow in the Netherlands and Russia?

International work environment is very common in the Netherlands. It is difficult for Russian people to imagine, for example, that non-Russian speakers would work at Russian Post. And in the Netherlands, the local Post Service publishes vacancies in English and attracts foreign specialists. They value skills more than speaking Dutch. Obviously in government organizations it is important to speak Dutch, but for most (in particular international) companies there is no such restriction.

What competencies acquired at GSOM were useful in your work, and which ones you had to acquire on your own?

Learning how to work in a team proved to be very useful. Often at GSOM we were randomly assigned to a team, not knowing in advance who we would have to work with. It was crucial to find a common ground with all team members. Also, it was generally quite difficult to study at GSOM, and it helped me a lot to develop persistence and an out-of-the-box way of approaching problems.

I had to learn to code — this is very important now in almost any area of business. If you want to be a Business Analyst, only Excel skills are not enough. You need to learn a programming language for working with the data such as, but not limited to, SQL, Python or R, to do analysis. And of course, data visualization packages like Tableau or Power BI. But as far as I know, there is now a study program at GSOM that allows students to master all the necessary analytical tools.

What was the most valuable thing you received during studying at GSOM?

The most valuable thing is people, friends. At GSOM, the concentration of talented people per square meter is off scale. Now, when I watch the live streams of the # StayHome with GSOM Family project, I am always impressed and happy.

The advice is simple — never stop learning, keep improving your skills, and stay open and humble.