What for and how to launch a pop-up project? Interview with Alexander Grebenkin, GSOM SPbU alumnus

What is needed in order to open a Swiss cuisine pop-up cafe in Saint Petersburg? Courage, networking and a Swiss friend. About this and more — Alexander Grebenkin, GSOM SPbU Bachelor program graduate of 2018, told in a new interview. 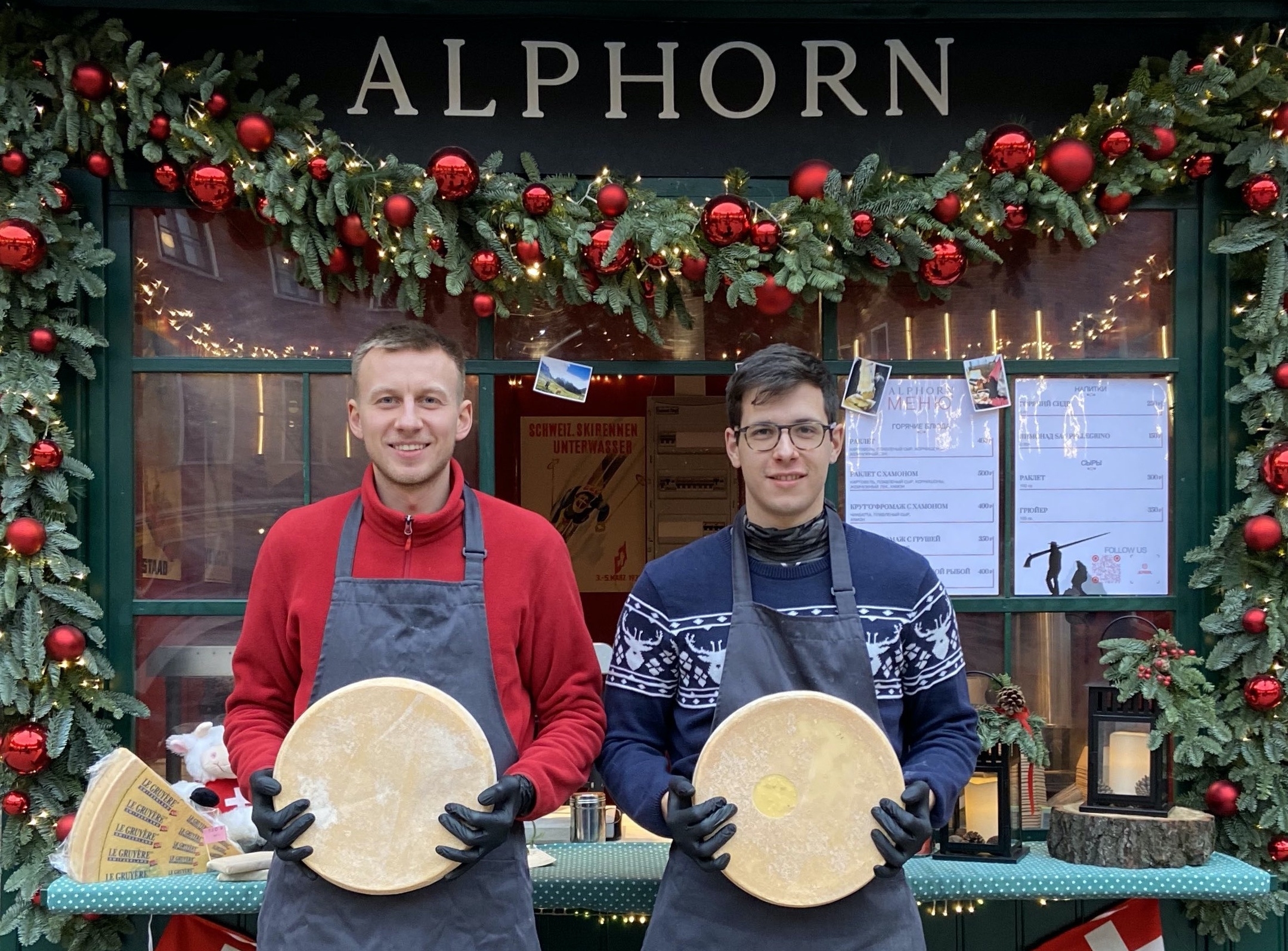 Hi! Please tell what is a pop-up and which project you have now?

It means that we don’t have a stationary location: we get around with our Swiss street food, opening at different times, at different places. I did it together with Nicola Ferrari —  we became friends when he got to GSOM for exchange. Then, we visited each other: Nicola visited me in Surgut, I visited him in Switzerland.

We travelled, went skiing in Alps, and that was when I tried a local traditional dish called raclette — boiled potatoes, pickles, pickled onion and blanket of melted cheese on the top. There was the idea to launch in Saint petersburg a restaurant project with raclette as a basis.

And you launched it immediately?

It’s been half a year from idea to realisation. During this period we analyzed the market, chose a form of ownership, and found the suppliers. We developed the idea and thought through the menu. At all stages, of course, knowledge acquired at GSOM was useful.

First place, where we cooked our raclette, was New Year fair at Pionerskaya square on the eve of 2019. There we officially represented Swiss Consulate.

How did you manage to agree on partnership with a consulate?

How did you distribute the responsibilities in the project?

As Nicola works at a private bank in Zurich and constantly lives in Switzerland, he is up to a role of idea mastermind. I am responsible for all operational issues: finding suppliers, equipment, communicating with landlords.

During fairs we worked with friends, but now constantly only an accountant and designer are outsourced.

By the way, you have quite a trendy Instagram.

Yes, and we actually didn’t invest a penny in it. We did everything by ourselves, friends helped with photos: for this, we gave them raclette.

Now we do little changes of design and work with the designer, who has developed a concept of Vasileostrovskiy market. We want to leave behind the image of an authentic Swiss store and get closer to a casual cafe. 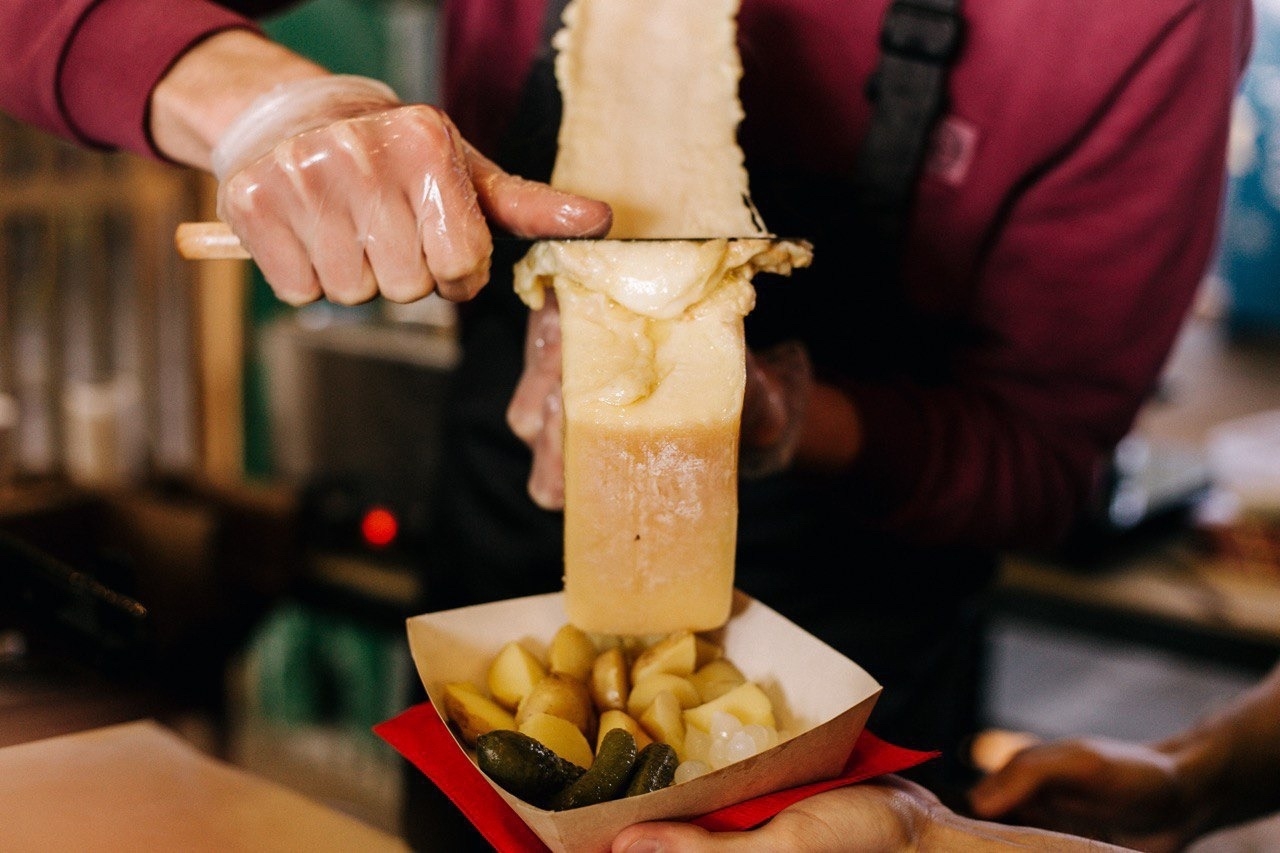 So, you are going to open a permanent place?

Last time we worked was in New Holland at the end of 2019. After that we decided to open a permanent place at some food market — there was a flow of visitors and the needed promotion. However in March due to pandemic everything was closed for half a year, and our plans fell further behind.

Now we search for a small place about 12 square meters, where we will work constantly. If somebody among readers has a rent offer, I would be glad to discuss it.

So, you didn’t work at all for this half a year?

No, we worked. By the way, during pandemic advantages of pop-up format were recognized: for example, we don’t have fixed costs on rent and salaries, therefore we just suspended the raclette project.

During pandemic we launched a delivery of Swiss cheeses and meat delicacies in collaboration with the project «They love to eat», which organizes weekend markets. They organized delivery, and we supplied products to them. Unfortunately, raclette can’t be delivered in that way — this dish needs to be eaten hot, it gets cold just in 5-10 minutes. That's why we started to sell cheeses  — Gruyère, Emmental.

By the way, it is believed that Swiss products are under sanctions, but that’s not true at all: Switzerland is not a member state of the European Union, therefore sanctions are not imposed on them. It became one of the competitive advantages.

What is needed to know in order to open a venue of public catering?

Firstly, it’s better to do everything gradually. We worked in pop up format, and now we are ready to organize a permanent place. Secondly, it’s important to be open-minded, as public catering — a big party, and it’s cool when you know chefs and managers from different places. You can do joint projects and help each other at the right moment — for example, like guys helped us with delivery of cheeses and meat delicacies.

Third advice — keep your head cold. Otherwise you start to miss some details in the lease agreement because you want to open a place as quickly as possible. It is needed to be able to control emotions and competently assess all the risks. 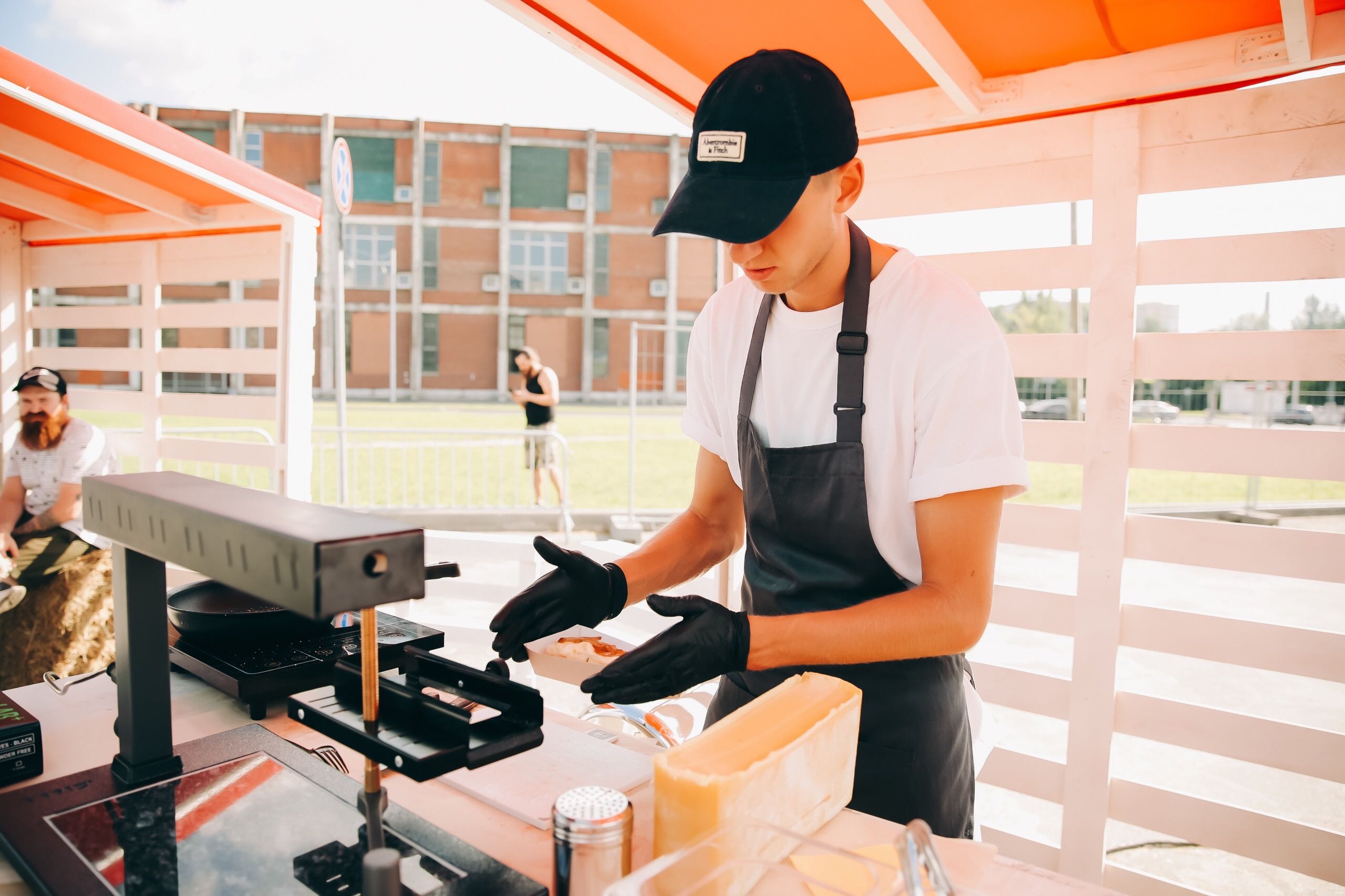 Do you have competitors, which also make the product with Swiss history?

In Saint Petersburg was a restaurant named Raclette Bar, however it existed for only a year, year and a half. That’s because it is hard to establish a prosperous restaurant within mono cuisine, however, it is not so difficult to establish a kiosk.

In the future, do you want to open your own restaurant?

I am more leaning towards bars or gastro bars and I want to realize whether I like, in principle, to work in public catering. For now, I don’t aim at opening a restaurant based on raclette or something else. I want to open a kiosk, start earning money and only when to think about other directions.

I am more interested in the bar industry. In the near future we will have a joint project with wine bars: holding events at their venues with special menus for 1-2 days, where they will be up to drinks, and we — to food. As we will get acquainted with new people from the bar industry, perhaps we will open our own bar. 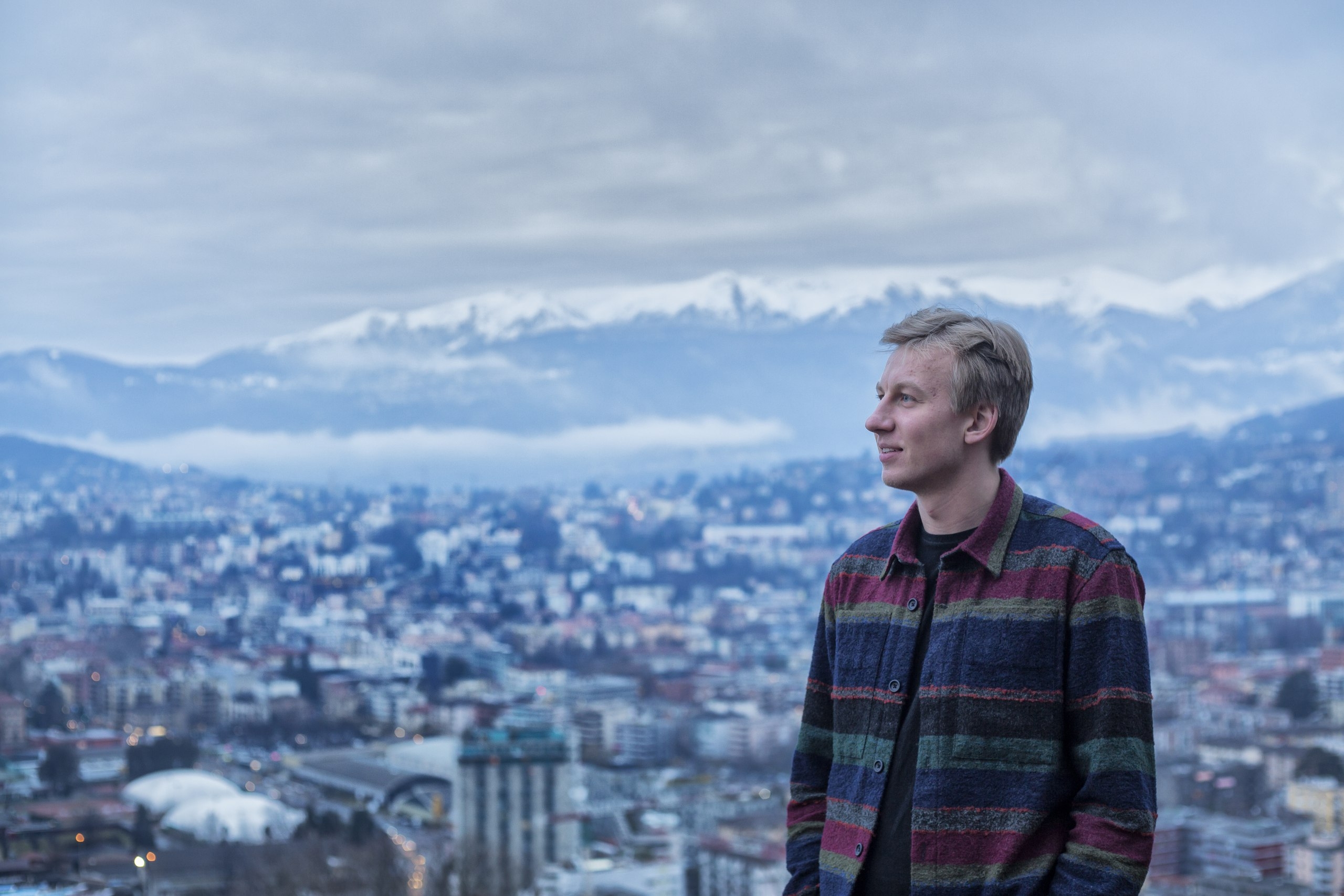 What is the most important in the development of the project? Recently we have talked with Maria Karacheva, and she considers that connections and communications is the most crucial assets.

I also consider that the main thing is networking.

Recently I stepped over myself: I wrote to a founder of Georgiani corner at Vasileostrovskiy market. To my surprise, founder Anri and manager Anastasia very openly shared experience with me, told me which challenges I will face. I am eternally grateful to them, because I acquired a huge amount of information during the meeting that lasted 1,5-2 hours. I actually understood that when you are surrounded by such open-minded people, who are willing to share knowledge and ideas with you, — it fills and inspires to work further.

During working in public catering, I acquired many friends, whom I can call, and they will advise. That’s really great.