The New History of Mikhailovskaya Dacha 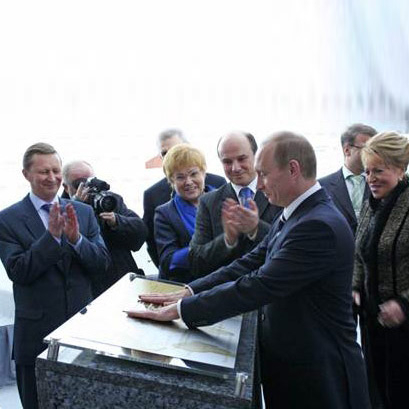 November 29, 2006 - The Campus Groundbreaking Ceremony with Vladimir Putin, President of the Russian Federation 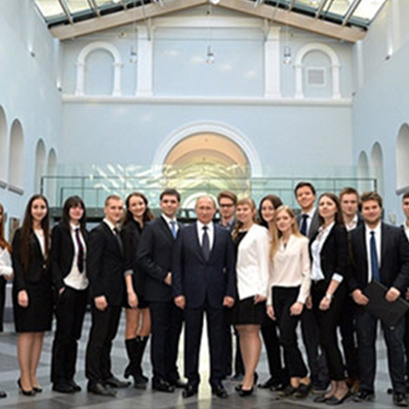 April 27, 2015 - Vladimir Putin, President of the Russian Federation, visited the ready campus and met with students

History We Are Proud Of

Initially Mikhailovskaya Dacha was a summer residence of the family of Grand Duke Mikhail Romanov (1850 – 1917).

The architectural and natural landscape was developing under guidance of the leading architects of the 19 century – Andrey Stakenschneider, Josef Charlemagne, Harald Bosse. The complex of Mikhailovskaya Dacha included the Grand and Small Palaces, Kitchen Building,

A small exquisite church of St. Olga (named after the saint patron of the wife of Grand Duke Mikhail, Grand Duchess Olga) was erected by a prominent architect David Grimm in 1864 in the depth of Mikhailovsky park.

5 interesting historical facts about Mikhailovskaya Dacha and its inhabitants: