The key participants in the debates were the experts in the field of PPP, representatives of public and private partners, funding organizations, consulting companies involved in the implementation of PPP projects, as well as the academic environment: Roman Golovanov (St. Petersburg Investment Committee), Vladimir Romanovsky (Northern Capital Highway), Yulia Antipova (Capital Legal Services), Irina Mitina (Kachkin & Partners), Andrei Kiselev (VTB Capital), Ivan Potekhin (Gazprombank), Diana Zhmulina (St. Petersburg State University, Faculty of Law). Most of the audience, which participated in the debate, was represented by civil servants of the executive authorities of St. Petersburg, the responsibility of which is the adoption of decisions related to the development and management of infrastructure in transport, health, education and municipal services.

The moderator of the PPP-debates, Svetlana Maslova, offered for discussion to the audience questions concerning the process of risk management in PPP projects. It should be noted, that all the issues were practical in nature, the situation discussed have been already materialized in the implemented PPP projects, therefore it caused the active participation and heated discussion, firstly, among the invited experts. For example, the first question, which dealt with the morphological meaning of the word "risk", divided the audience into two camps: some believed that the risk should be understood as any potential event that may occur during the implementation of PPP projects, while others claimed that only negative events could be related to the risk. For other issues relating to the stage of identification of risks in PPP projects and measures for their identification, mitigation strategies and approaches to the allocation of land, monetary, environmental and demand risks, most of the participants showed a consensus.

PPP debate covered more than 10 questions, the majority of which had the proposed variant of answers. Opportunity to know the opinion of each expert at PPP debates and to display the result of voting on the screen has appeared because of the use of system of interactive anonymous voting.

The statistics of answers to each question, as well as the video recording of PPP-debates are represented below. 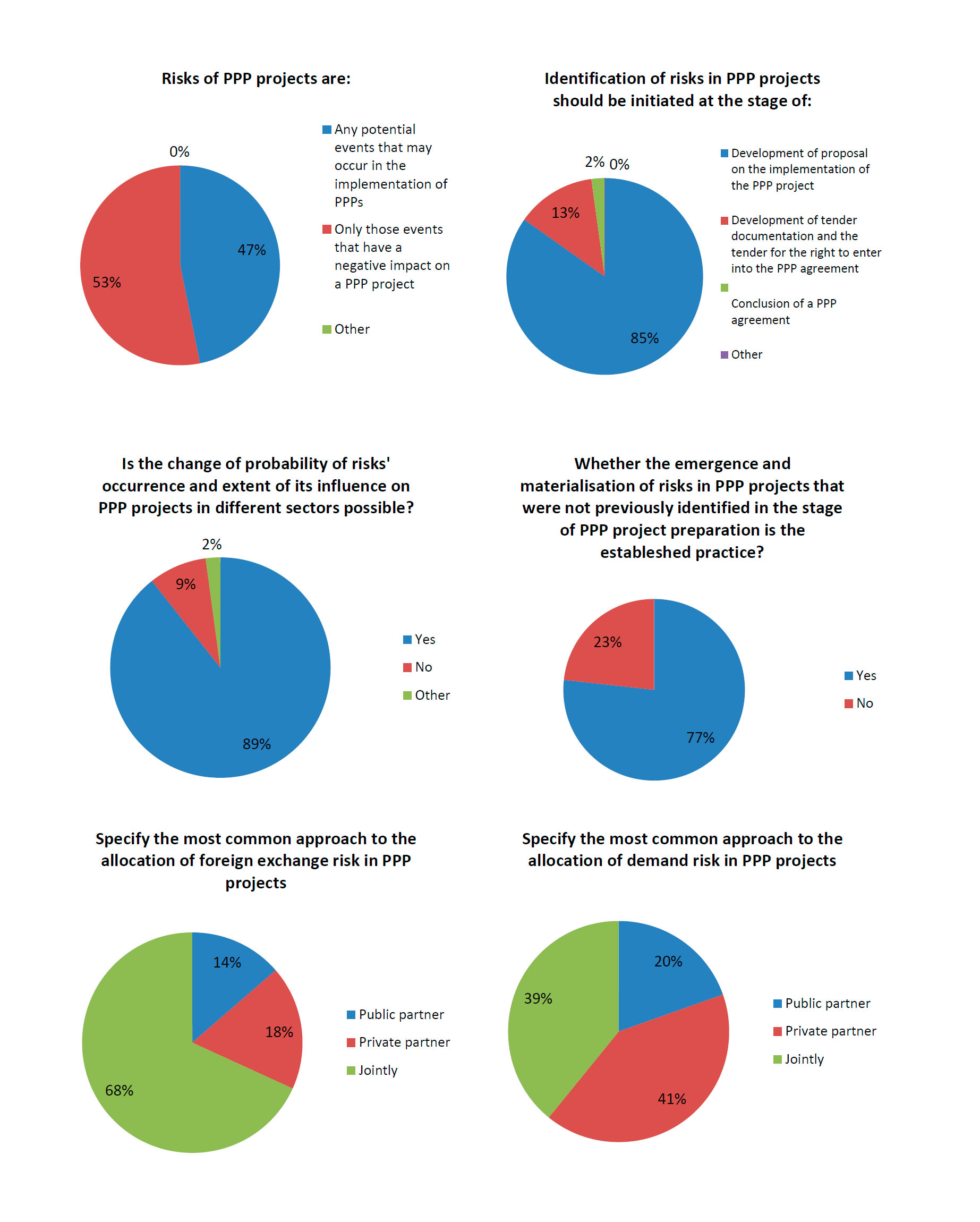 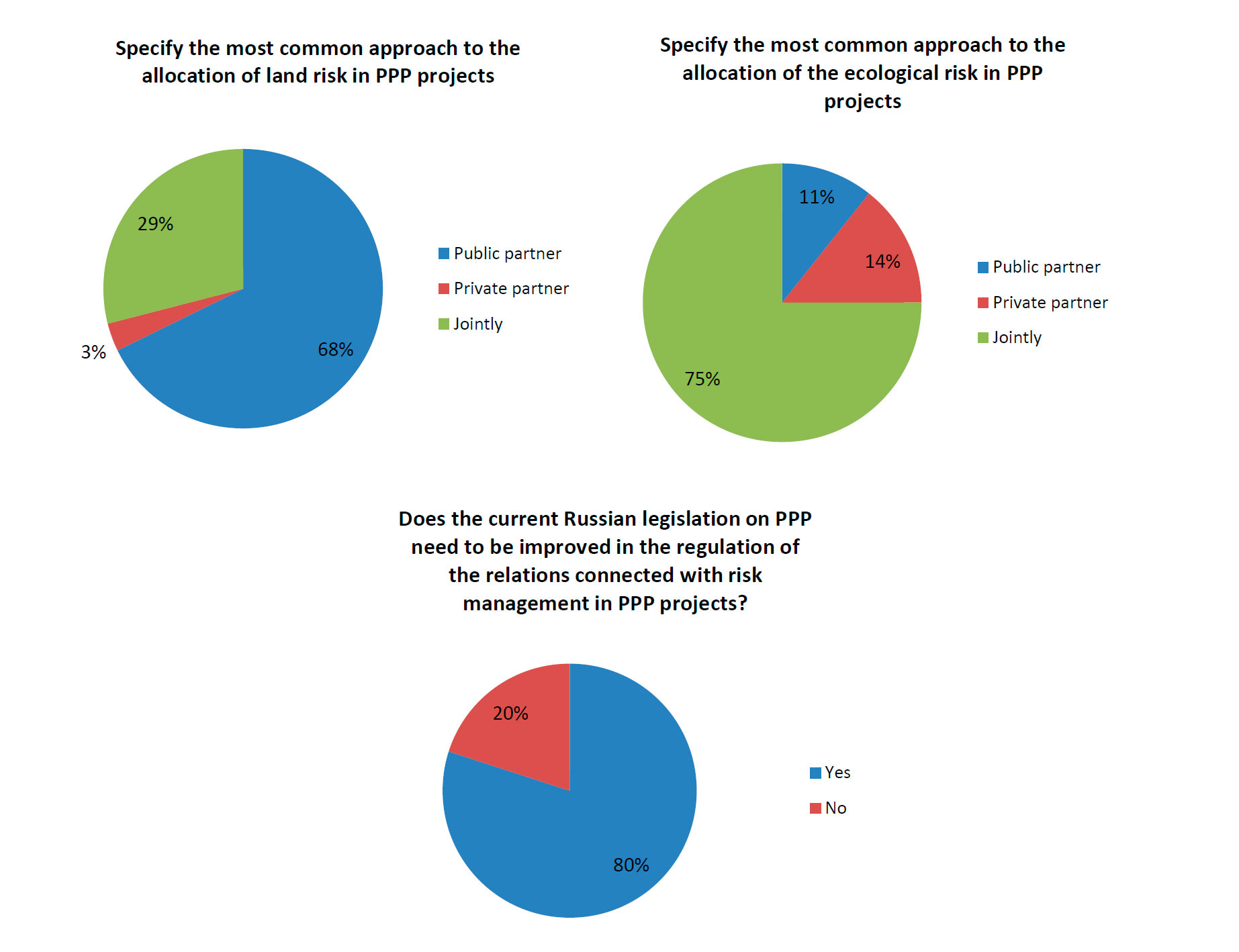