Ekaterina Khan, Regional Manager of Bolt CIS and Baltic states: “GSOM alumni prove every day that any restrictions exist only in our heads”

Ekaterina Khan graduated from the Graduate School of Management at St. Petersburg University (GSOM SPbU) in 2016. We talked with Ekaterina about how to decide to leave a good job in order to continue her Master studies, how to get into a large startup, and how GSOM Family helped her in the career.

She graduated from the Volga Region Academy of Public Administration (now part of the RANEPA) in Saratov and worked for the auditing company KPMG for three years. In 2014, she quit her job and entered GSOM Master in Management for a double degree program. In 2020 she became a mentor of the Talent Up! program. 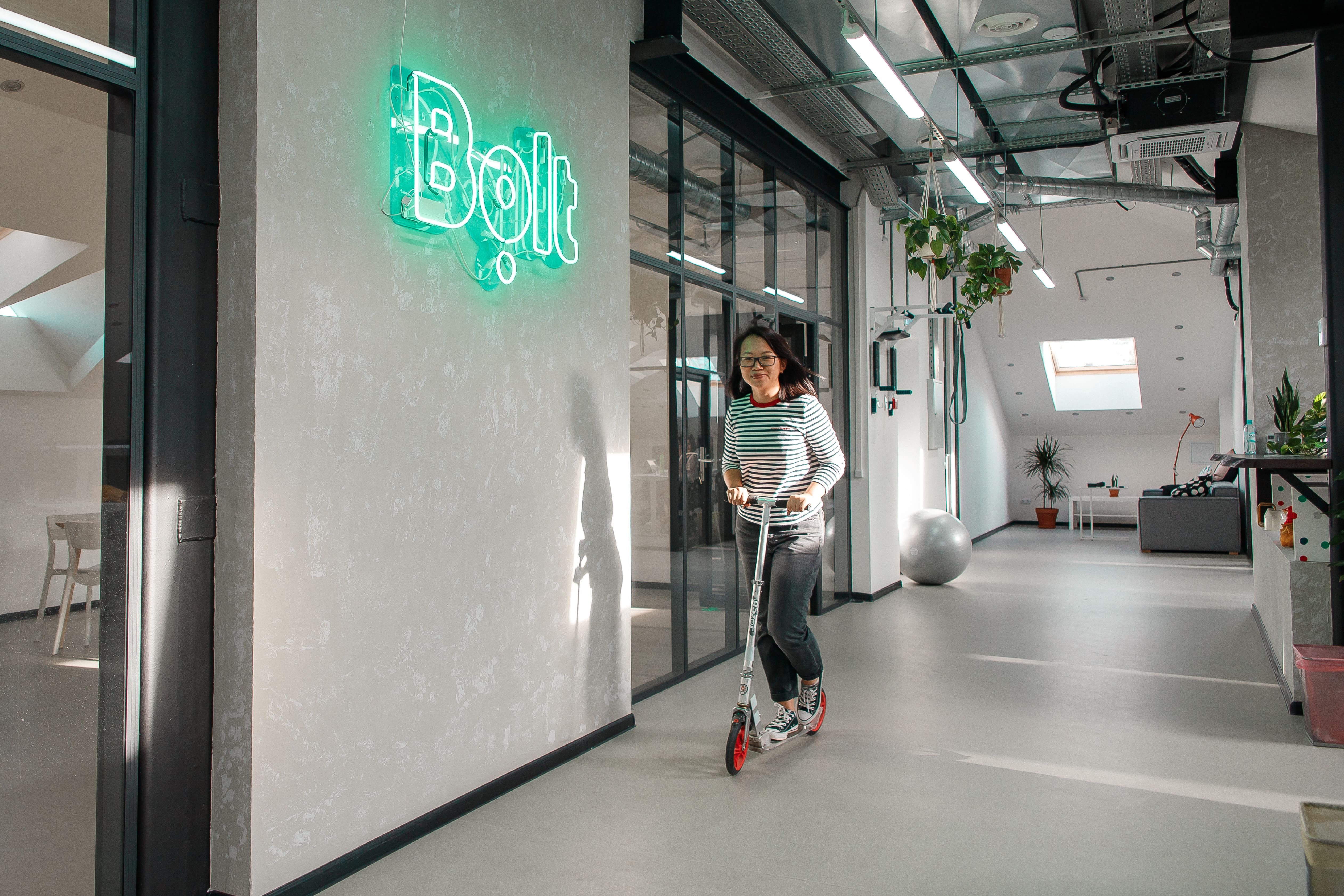 Probably, I didn't know what a community was before I entered GSOM SPbU. After graduation, I came to the first GSOM Family Day and realized: these are people with the same values, always ready to help each other.

It seems to me that you can write to any GSOM alumni: “Hi, I also graduated from GSOM, I have a question,” and I am almost sure that they will answer. For me, this is not just a community, but a family that you choose. Of course, you can leave it, but I do not remember those who wish.

GSOM SPbU opens new horizons: I was born and raised in Tashkent, there no one traveled abroad. If someone said that I could study in Portugal or do an internship in Germany, I would think he was delusional. Every day people from GSOM SPbU prove by their own examples that any restrictions exist only in our heads. Everything is real, now or a little later.

In my second year of Master degree, I was supposed to spend a semester at a foreign partner school. To choose a university, I asked myself four questions:

As a result, I chose Nova School of Business and Economics in Portugal. It's got great weather, juicy fruits, furious financial courses, and marketing. Many subjects lead in practice: one professor led marketing communications at Procter & Gamble for over 20 years, and a lecturer in banking for 12 years led the national bank of Portugal.

CEMS-club Nova holds interesting events, involving foreign students in the study of local culture. Almost all courses involve group work and projects, so we have worked in mixed teams from all over the world.

About work in startups

After the exchange, I returned to St. Petersburg and took up my diploma. At the same time, everyone began to actively look for work, so my classmates and I mainly discussed two topics: what offers we have and what to do with the diploma. In April 2016, a startup from Southeast Asia made an offer to me, and after the preliminary defense, I went to work in Bangkok.

The ZEN Rooms startup focused on the hotel sector, reselling unbooked rooms under one brand. We acted as a kind of guarantor that the hotel exists, meets our quality standards. This made tourists confident, who still have concerns and prejudices about the safety and quality of services in Asia.

Everything went well, but after a while I realized that I would not want to live in Bangkok for a long time and build my career there, and therefore returned to St. Petersburg. There I got to the first GSOM Family Day, where Ruslan Zaidulin, the co-founder of the medical startup DOC +, was invited. This is a mobile clinic for calling a doctor without intermediaries: qualified, polite, attentive. All examination results are digitized in the application and immediately go to the patient's personal account.

A couple of months later, I saw that DOC + was looking for the Head of the Regional Office in St. Petersburg. I wrote to Ruslan and, as in a typical startup at an early stage of development, it took less than two weeks to receive the offer. At DOC +, I was involved in operational processes: I was responsible for ensuring that everything worked well: doctors came out and arrived quickly, patients were satisfied, and all problems were promptly resolved. In addition, we launched tests at home: all results were immediately loaded into the application. The attending physician also had access to them and could make adjustments to the treatment.

In the spring of 2018, DOC + closed its office in St. Petersburg. I could have stayed with the company and moved to Moscow, but I decided to take a break. In July, I went to work for a country-manager position in a company that was then called Taxify: now it is known under the Bolt brand.

About work at Bolt

I became the 322nd Taxify employee: now there are more than 2000 of us. During this time I have grown from the position of the Head of the Russian market to the Regional Manager: I have six markets and, accordingly, the teams with which I work. My area of ​​responsibility is the Baltics, part of the CIS and Ukraine. I stayed in operational management: I am engaged in balancing the platform between drivers and customers, quality of service, development and growth of a share in each of the markets.

I also spend a lot of time on what is called personnel management: I am responsible for the development of more than 50 employees — team leaders, their subordinates. The list of tasks includes recruiting, training, talent retention, motivation and development issues. If a person is cool, but he or she has nowhere to grow, and there are no open positions in our vertical, we try to offer alternatives. We check what benefit this will bring to Bolt at general, and not to a specific market or department.

At the same time, I am engaged in side projects within the company. During the first wave of the pandemic, we installed protective screens to separate passengers and drivers in cars and were the first with this initiative in many countries. On other waves, we took medical workers to work and home for free. This reduced travel time and helped reduce the physical and emotional stress of the medical staff.

About conditions in startups

Bolt's compensation package consists of salary and options: a bit of a slice of the company. If the company goes public, there is a sale or merger, I can receive shares or compensation in another format.

Startups usually pay well because they have to compete for employees with larger and more established employers. My income allows me to live with a high level of comfort: travel actively, play sports, outsource everything that I don’t want to do — in general, I feel financially comfortable.

As with many startups, Bolt is flexible. If I overwork, then not very much: 2-3 hours a day, rarely more. When all the urgent tasks are closed, I can work less, and no one will track every step. In addition, as a manager, it is easier for me to delegate some tasks and control the load.

I have been working in startups for the seventh year now, and this greatly distorted my perception of the world as stable — a startup and stability rarely go together. Previously, this could be annoying: I once worked in a corporation, where the processes are debugged, and the employees understand where to go and who to ask. Now I know how to pave my way in this, like an icebreaker: you know what you need, and you go to it.

About moving to Estonia

Once upon a time I had a maximalist opinion on this issue: if I move abroad, I will not return, and if I return, it means that it did not take place. Now it has changed. I really enjoy life in Moscow, but I moved to Estonia because I realized how important it is for the growth and development of the company. I want to return — okay: it is not tied to anything except my desire to live in this or that place.

Moving is always scary. But if you decide, do not lock yourself into the expat or Russian-speaking community — this limits and slows down integration. You need to communicate and talk with people who represent the country. Read books that are important for a particular culture, learn the language and history of the country.

About a career in the company

The first six months — and for interns and young specialists this period sometimes stretches for a year or two — the company gives you more than you give it to it. At first, you are more likely an investment project in which company invests its energy, time and money, so that over time the situation changes and you become a full-fledged asset of the company.

For those who are starting to build a career, I would give a few tips: