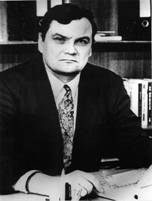 Yury V. Pashkus was born on October 24, 1939, in Blagoveshchensk, USSR. He graduated with honors from Faculty of Economics, St. Petersburg State University - former Leningrad State University (1969), where successfully completed post-graduate program in Contemporary Capitalism Economics (1971). Since 1971 till 1996 he took positions of Assistant Professor, Associate Professor and Professor of Faculty of Economics and Professor of School of Management, St. Petersburg University. He defended his thesis for the Candidate of Science Degree (“Public Regulation of Economy and Industrial Cycle in the Federal Republic of Germany”, 1973) and thesis for the Doctor of Science Degree (“Capitalist Finances and Currency System”, 1984) in Leningrad State University. In 1978-1979 he prolonged research internship in Free University of Berlin (West Germany). Yury V. Pashkus was entitled as Associate Professor in 1976 and as Professor in 1986. He gave lectures on finance, Russian management, business education in Tubingen University, Germany, Seoul National University, Korea, Vaasa University, Finland, Stockholm University, Sweden, Haas School of Business, USA. He is the author of more than 100 research publications including 5 monographs. A number of publications were published abroad.

Since 1996 the traditional Annual Readings in Commemoration of the First Dean of the School of Management SPbSU Y. Pashkus have been held on the last Friday of October. As a rule, the event consists of 1 hour speech devoted to fundamental or applied issues in management and is followed by the discussion. Leading Russian scholars in economics and management have given lectures since then: member of Academy of Sciences V.M. Polterovich, professors B.Z. Milner, V.L. Tambovtsev, A.V. Bukhvalov, S.R. Filonovich, O.A. Tretjak, S.M. Kadochnikov and others.