More than 150 representatives of administration reserve of Saint Petersburg and the graduates of the Presidential program discussed the issues of implementation of public-private partnership projects (PPP) at the workshop in St. Petersburg State University.

The workshop was opened by the first deputy director of GSOM SPbU, Konstantin Krotov and director of IRC, Timur Diachkov. The welcome letter to the participants was addressed by the Minister of Transport of the Russian Federation, Head of the Public Administration Department SPbU, Maksim Sokolov, in which he, in particular, noted that "... St. Petersburg has always been a pioneer of PPP, and the key factor in this success is highly qualified managerial staff and a powerful scientific school".

During the seminar, leading Russian experts highlighted the key aspects of the preparation and implementation of public-private partnership projects in Russia. Head of the Centre for PPP Studies GSOM SPbU, Svetlana V. Maslova told about the main trends of development of PPP in Russia: "At various stages of the development of PPPs in Russia we had to face significant obstacles. Currently, many of them have been overcome: the PPP is recognized at the highest political level as an effective means of addressing the objectives of infrastructure and social development; the bases of PPP state policy are formed; the foundations of the institutional environment and legal framework are stated; the process of specialists training in the field of PPP is started".

The key speakers were the representatives of the academic environment (Associate Professor of  the Law Faculty of St. Petersburg State University, D. Zhmulina), experienced legal consultants for PPP projects (I. Mitina ("Kachkin and Partners") and Y. Antipova (Capital Legal Services) and the main funding organizations in the field of PPP (A. Kiselev (VTB Capital), I. Potekhin (Gazprombank)), as well as representatives of both the public (R. Golovanov (the Investment Committee of St. Petersburg ), E. Kovalchuk (ANO "Directorate for the Development of the Transport System of St. Petersburg and the Leningrad region)), and the private partner in the PPP projects (V. Romanovsky (Northern Capital Highway).

Introduction to the risk management process in PPP projects took place in the format of PPP-debates, where the participants were given the opportunity to express their opinions and engage in discussion with the experts. Learn more about PPP-debates >>.

Two round tables devoted to the review of the best PPP practices in the transport sector and in the health sector end the seminar. The choice of these areas is not accidental. Commenting on it, Andrey Ivanov, Deputy Head of the Center for PPP Studies, said: "GSOM has exclusive competence in these areas. Indeed, the studies of our Center for PPP Studies to a large extent are dedicated to PPP development issues in transport sector, the Centre is actively involved in the work of the UN European Economic Commission (UNECE), on the other hand, more than 300 leaders of health care organizations received a diploma of retraining program 'Management in Healthcare’ implemented in the St. Petersburg State University, which is considered as a leading Russian program in this area both within the country and abroad”.

As a result of the workshop, about 150 representatives of executive authorities of St. Petersburg, public organizations and private companies responsible for making decisions related to the development and management of infrastructure in transport, health, education, communal services were able to acquire and / or expand their competence in the field of public-private partnership. 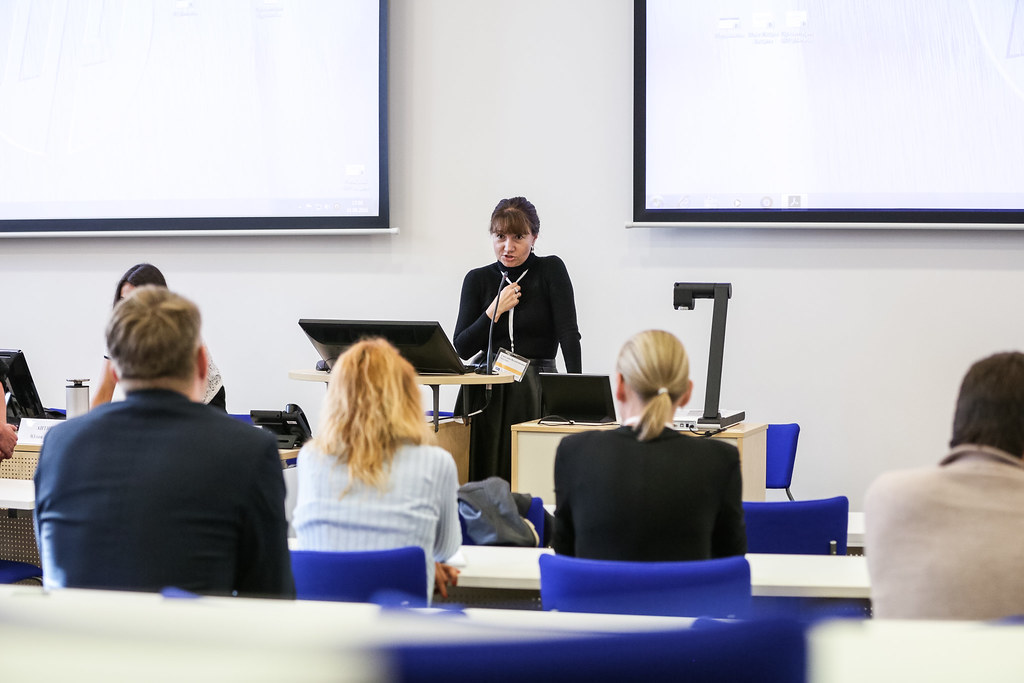