Storytelling as a business: Head of Disney in Russia visited GSOM Family

On May, 22, Marina Zhigalova-Ozkan, Head of Disney in Russia, visited the Graduate School of Management of St. Petersburg State University with a guest lecture.

At the heart of any business is a product. Some companies specialize in tangible goods, some - in the service. Disney works with stories. The uniqueness of the Disney business model based on creation stories that live not only in the cinema, serials and associated licensed programs, but also successfully exist in a wide range of business segments.

Today, Disney is a huge corporation that unites several brands Disney, Star Wars and MARVEL. Marina has led Disney's Russian office since its beginning, gathering a team of like-minded people and has made a business that now covers dozens of market segments.

During the lecture, Marina spoke about the company's activities in Russia, that includes: production and rental of movies, performances with favorite Disney characters, production and distribution of television content, licensing of consumer goods - clothes, toys, children's products, stationery, Nutrition products, cosmetics, etc., licensing of publishing activities, distribution of digital video, mobile and online games, as well as the development of thematic areas Parks and cruise trips Disney among Russian tourists.

With the leadership of Marina Zhigalova-Ozkan, a federal entertainment channel for the whole family - the Disney Channel and own (local) production of films were launched. It is worth noting that only in Russia Disney creates movies with local content. So, in the near future the second film - "The Last Bogatyr" will be released. The company plans to promote the film not only in Russia, but also in international markets.

During the session of questions and answers, the guests of lecture were interested in the peculiarities of working with the Russian audience, the difficulty in monitoring the illegal distribution of products, the prospects for the company's development in Russia. In response to a question about the dream, Marina told that she had long wanted to open a federal entertainment television channel Disney, and this dream came true.

A charming woman with a unique professional experience, that includes studying at MGIMO University and Harvard Business School and working at the European Bank for Reconstruction and Development, Northwest Shipping Company, Profmedia and Disney, Marina inspired the audience by her amazing charisma and high professionalism. 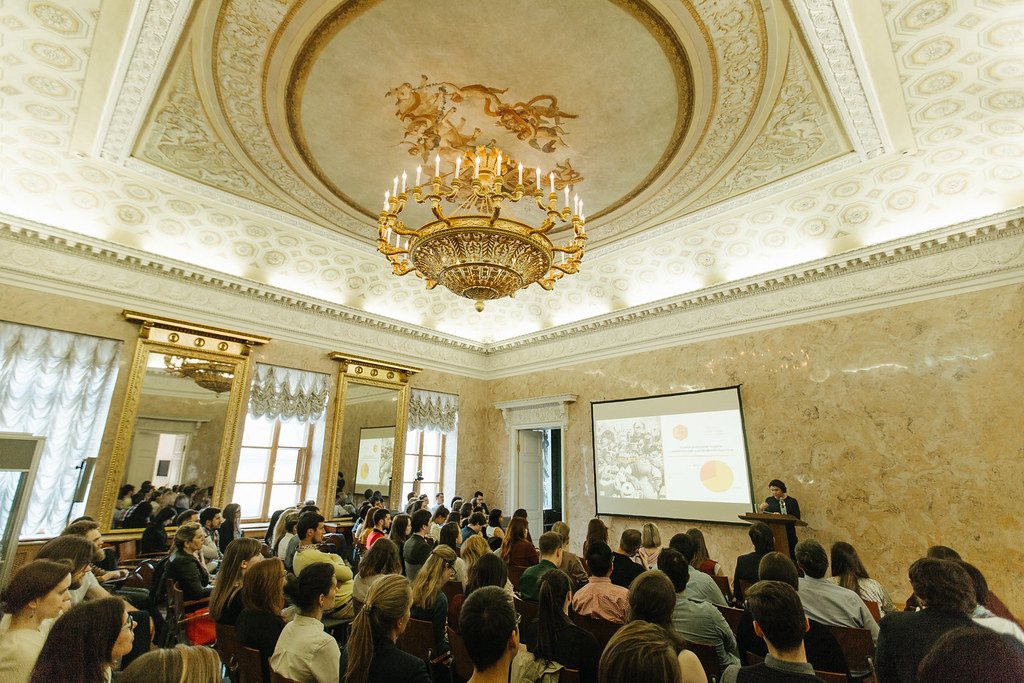