According to the report in 2016 the positive growth dynamics of the indicator representing the number of people engaged into setting up and managing new businesses was recorded. This indicator increased by 35% compared to 2014 numbers. Most of the Russian population is still not confident in their skills and conditions for setting up a new business.

According to the 2016 results of the most largescale entrepreneurial activity study in the world – Global Entrepreneurship Monitor, (GEM) – announced in Kuala Lumpur on February 6, 2017, 6,3% of working population in Russia are engaged into setting up and managing new businesses.

“In 2016 the number of set up businesses exceeded the number of shut down businesses by 60%. This allows us to talk about expanding of the business sector. The businesses were shut down mostly for financial reasons. About 33% or respondents stated that they had to shut down their business because of unprofitability. 15% admitted that the reason for shutting down the business was related to high taxes and bureaucracy. This indicator was higher only in Macedonia (30.9%), Italy (26.3%), Latvia (20.6%), Croatia (16.5%)” – says Olga Verkhovskaya, the head of GEM project in Russia, Associate Professor of Department of Strategic and International Management, GSOM SPbU.

Most part of the Russian population, just like in previous years, do not plan to set up their own business in the next three years. However, compared to 2014, the rate of those who plan to set up their own business increased and was 5.2% (against 2.6%). Unfortunately, it still remains the lowest one among the participating in the project countries. Similar rate was registered in Spain (6.1%) and Malaysia (6.4%). In other countries it was above 8%. One of the reasons for the lack of entrepreneurial intentions among the majority of the Russian population was related to the low assessment of the conditions for setting up a business. Only 17,9% of respondents believe that the region they live in has favorable environment for starting up. This indicator was lower only in Greece (12,9%). Another reason against starting up is the fact that respondents in Russia are pessimistic in assessing their entrepreneurial skills – 28,4% estimate their skills as sufficient. Similar rates were recorded in Taiwan (25.2%), in Malaysia (28.3%) and China (29.8%).

34% of Russian entrepreneurs admitted that they set up their business because of necessity as they had no other sources of income. A similar motivation structure was observed in such countries as Greece (35%), Croatia (34%), Argentina (37%).

“Global Entrepreneurship Monitor” (GEM) is currently the world's largest research in entrepreneurial activity. In 2016 the survey involved more than 197,000 people in 65 countries. 75% of the population lives and more than 90% of the world GDP is obtained in the participating countries. In order to implement GEM methodology the multilevel stratified probability sample representing the Russian adult working population aged 18-64 with a total of 2020 respondents was used during the survey in Russia in 2016. During the last 10 years in Russia the project has been conducted by the research team of the Graduate School of Management of the St. Petersburg State University. 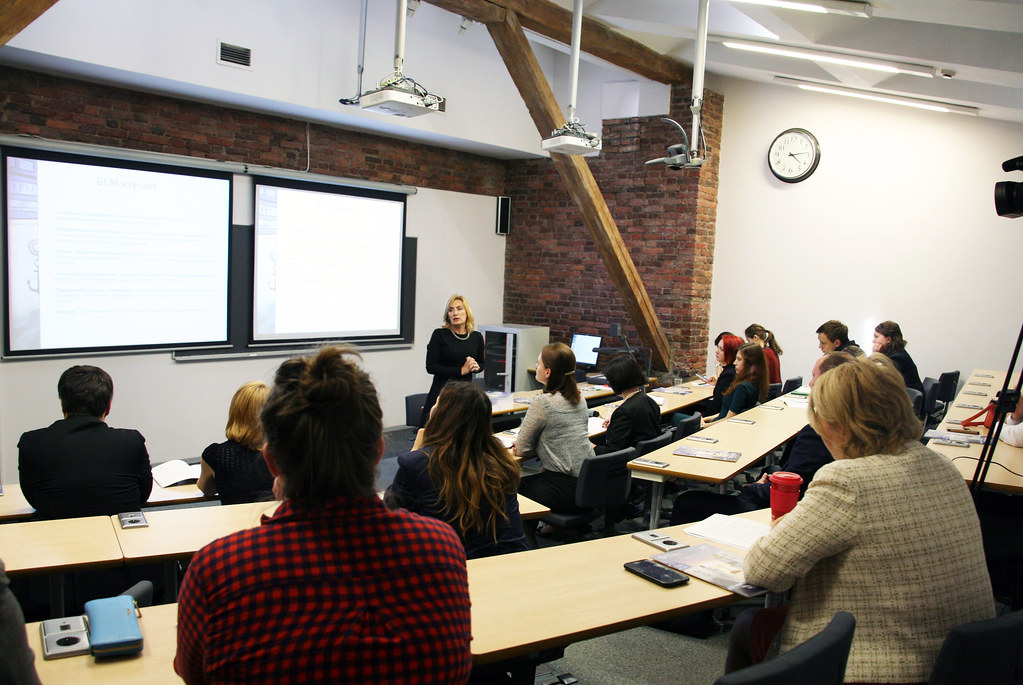