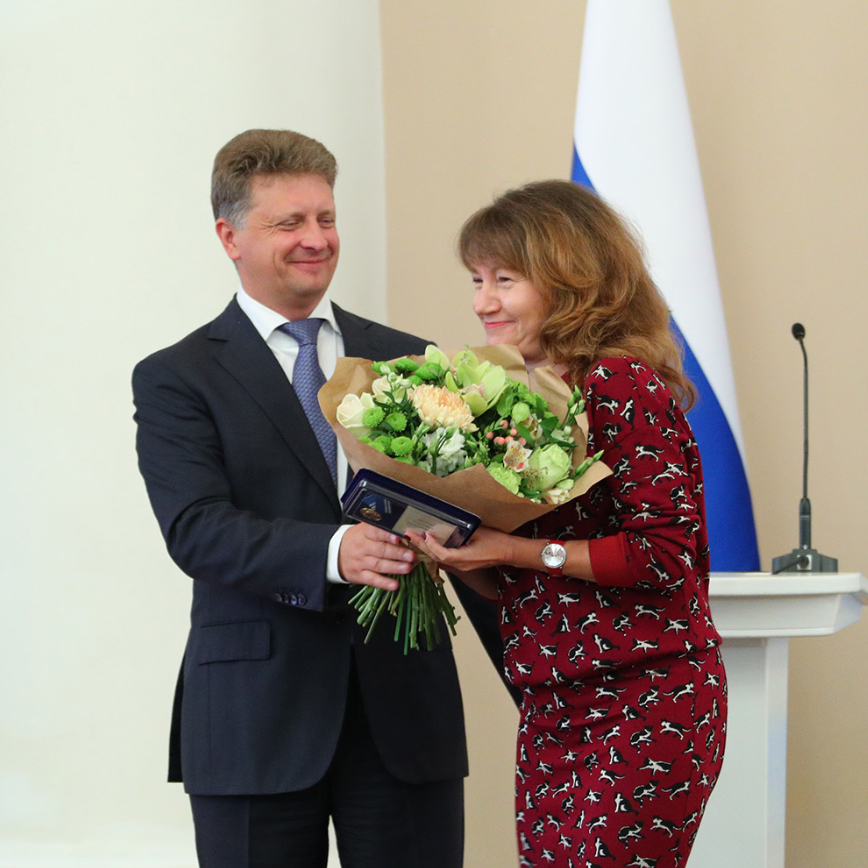 Svetlana Maslova, Head of GSOM SPbU Center for PPP Studies was awarded the medal "For the Construction of Transport Facilities". This award was given to Svetlana Maslova for great personal contribution to the project "Western Rapid ​​Diameter" (decree of the Ministry of Transport of the Russian Federation No. 111 / n dated September 15, 2017).

The solemn award ceremony took place in the Tauride Palace (St. Petersburg) with the participation of the Minister of Transport of Russian Federation Maxim Yu. Sokolov and the Governor of St. Petersburg Georgy S. Poltavchenko.

Svetlana Maslova provided legal support for the preparation and conclusion of an agreement on public-private partnership during her work as a Deputy Chairman of the Legal Committee of the Governor's Administration of St. Petersburg. The agreement "Construction and Operation of the Western Rapid ​​Diameter" as well as an organization of open tender for the selection of a private partner for the project was made successful according her efforts and professional experience.

Head of the Center for PPP Studies Svetlana V. Maslova took part in the opening ceremony of the new terminal at Pulkovo Airoport