The seminar was focused on the management of multi-agent robotic systems, miniaturization and increase in the speed of computers, sensors and actuators, which will significantly expand the scope of modern scientific results of management theory, identification and evaluation in practice. Multi-agent technologies, examples of the use of the local voting protocol for adapting "feathers" on the wings of aircraft in a stream of turbulence, balancing the load for a complex network, designing a new supercomputer was considered.

In the recent years, control of multi-agent robotic systems has received a great deal of attention in science and technology. The miniaturization and increased computing power of sensors and actuators can further extend the range of applicability of the results of modern control, identification, and estimation theories. In particular, theoretical issues of adaptive control in changeable environment and under time-varying structure of the state space have been only marginally considered so far due to the limited ability of practical realization, and require more attention.

Use of traditional mathematical models of motion of systems with a large number of transducers / sensors and actuators often leads to very complex problems involving extremely high-dimensional state spaces. The multi-agent technology can effectively solve many of the problems arising in this context by replacing the general model of interaction with a complex system having multiple local models and their aggregation (clustering).

The following examples as potential applications were considered: the possibilities of using Local Voting Protocol for the adaptations of airplane's feathers in a turbulence flow, load balancing for the complex network, design of the New Fastest Computer. Before conclusion the modern stochastic programming approaches were discussed.

Research seminar was attended by lecturers of GSOM SPbU Operational Management Department, post-graduate students, students of Master's programs of GSOM SPbU, as well as students, lecturers and researchers of other departments of St. Petersburg University. 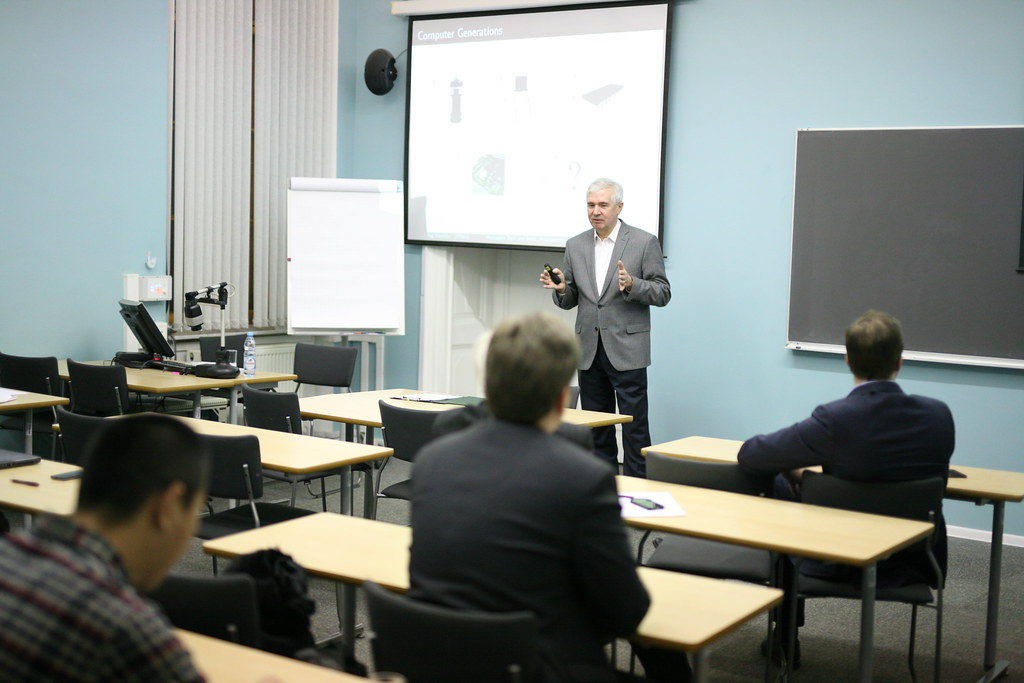