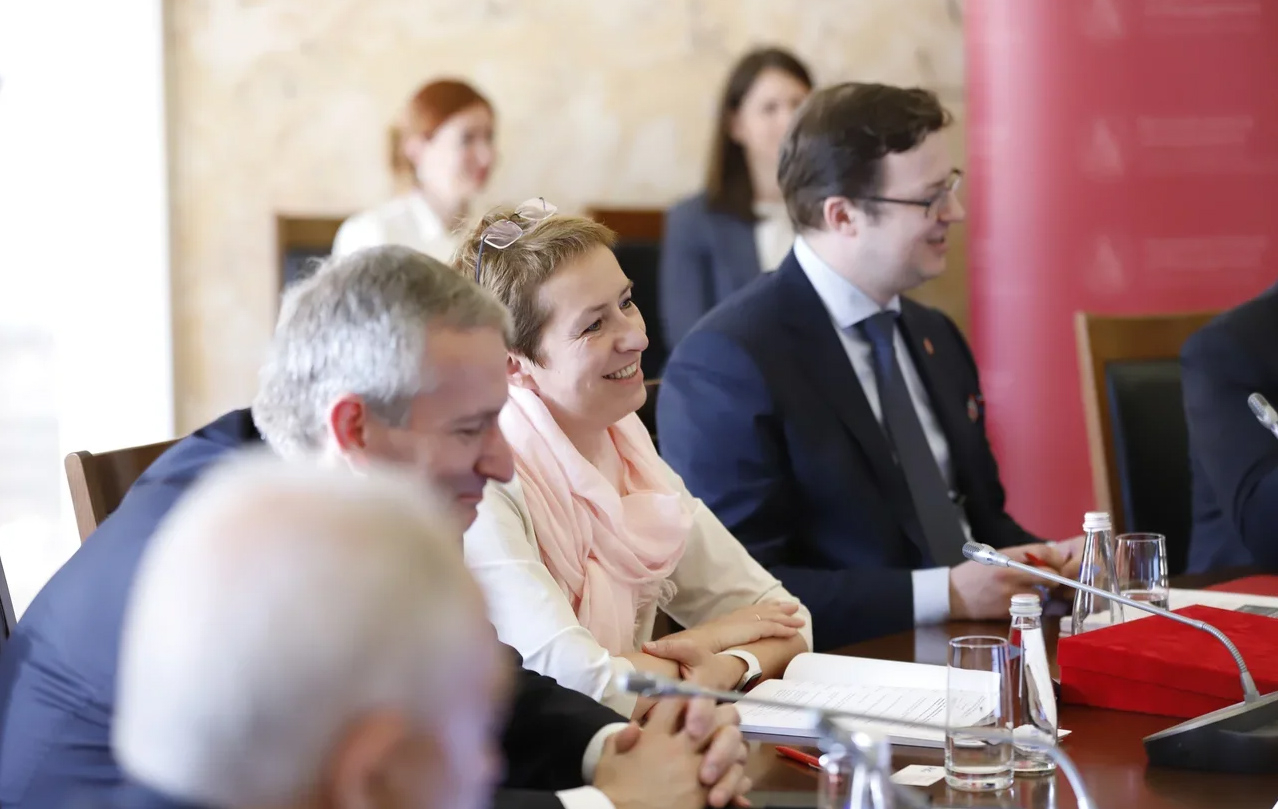 “Our long-lasting cooperation has shown that GSOM SPbU is a project with great potential. And it is not really in the rankings, it is more in the desire and willingness to be a leader and to keep up with modern challenges”, said Olga Dergunova, commenting on her appointment.

This decision was supported by the Chairman of the Advisory Board, Special Representative of the President of the Russian Federation on the Issues of Environmental Activities, Environment and Transport Sergey Ivanov. “On behalf of GSOM SPbU Advisory Board, I would like to thank Andrei Kostin for his contribution to the School development. Under his leadership Graduate School of Management reached the high positions in international rankings of the leading business schools. I completely support the candidacy of Olga Dergunova. For many years, Olga has been involving in GSOM operation and has also done a lot for the School development” said Sergey Ivanov.

Olga Dergunova’s cooperation with GSOM SPbU started in 2007 when she became a member of the School Advisory Board. Since then she regularly takes part in the School events and delivers the guest lectures.

“Our long cooperation has shown that GSOM SPbU has great potential. And it is not only about the rankings positions, but it is also more about the desire and willingness to be a leader and to keep up with modern challenges. The School’s digital transformation project illustrates this perfectly. I am sure that we continue to build a modern business school which can compete in Russia and abroad, basing on a foundation, laid by Andrei Kostin” said Olga Dergunova, commenting on her appointment.

Andrey Kostin took up the post as GSOM SPbU Dean in 2012. In 2014, when GSOM received an institute status, he was appointed its director. During this period the School was included in the leading international rankings of Financial Times and The Economist for the first time in the history of Russian business education. Thus the GSOM SPbU Master in Management program entered the FT Global MiM ranking in 2013, on 65th position. Each year, the School has been strengthening its position, reaching the 23rd line by 2018.