The head of government examined a conference hall and classrooms, as well as rooms for group work and self-training. After the tour, Dmitry Medvedev held a meeting of St. Petersburg University Advisory Board. The main topic of discussion was the issue of creating a unified university campus.

“All over the world the leading universities have university campuses, where university life is happening — academic, scientific, and just ordinary life. Students and teachers communicate, and this gives quite clear results,” — said Prime Minister.

Campus “Mikhailovskaya Dacha” where the meeting took place was built on the basis of the Grand Duke Mikhail N. Romanov summer residence. New history of the place began in 2003, when the complex was transferred to the Department for Presidential Affairs. On September 2005 President Vladimir Putin initiated national project “Education”. Its goal was to create a Russian business school for the training of national elite of management personnel. As a part of this project in July 2016 “Mikhailovskaya dacha” was transferred to St. Petersburg State University. This was the beginning of campus construction for leading business school. At 2015 Main building, Multifunctional student center and supporting building were opened. In 2016 the construction of dormitory for bachelors was resumed. Five of the nine dormitories are planned to be ready in 2018, the rest will be built by 2020. 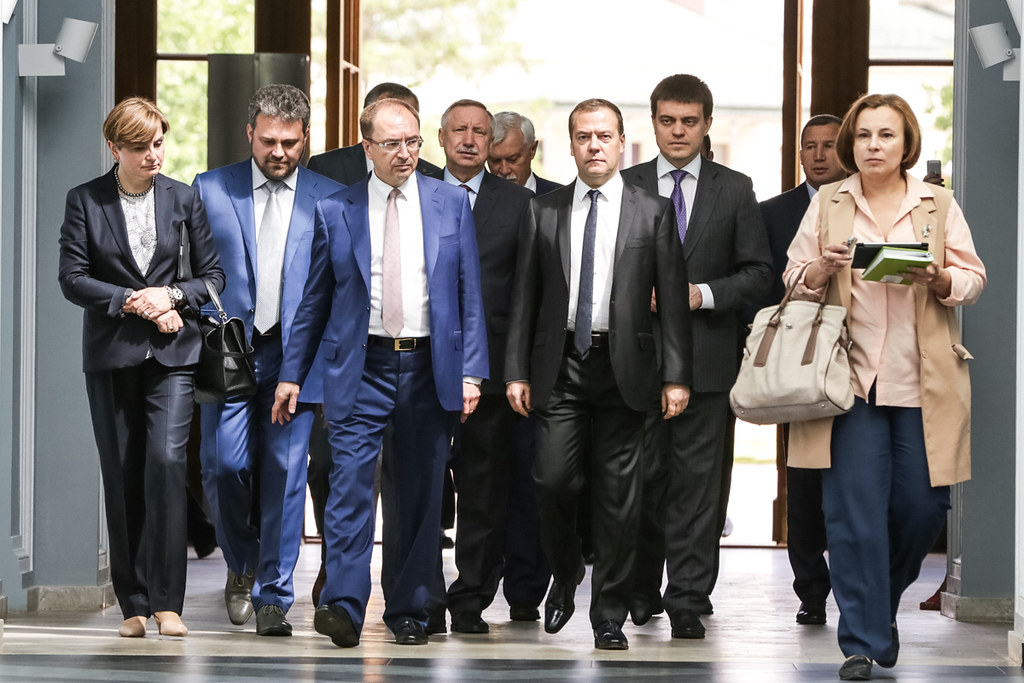