On November 14, GSOM SPbU Advisory Board meeting was held in Moscow. Head of School Konstantin V. Krotov proposed to create a “transformational office” or a innovations lab  — a team that will test ideas and conduct experiments.

The meeting was opened by Sergey Ivanov, Advisory Board Chairman, Special Representative of the Russian President for Environmental Protection, Ecology and Transport. He congratulated the participants on GSOM SPbU 25th anniversary and thanked the Board members: “The first Advisory Board was formed in the year when the school was founded, and I know that both the School and external experts, such as members of accreditation commissions, always emphasize the active work of the Advisory Board and close interaction with companies as a key success factor for GSOM SPbU.”

In his welcoming speech, the rector of St. Petersburg University Nikolai Kropachev noted that the Graduate School of Management of St. Petersburg University was created as one of the University’s powerful drivers. “Today we understand that the task of technological breakthrough in modern conditions can’t be solved without the priority development of cross-disciplinary research. And management as a discipline that combines several areas, can be an ideal basis for this,” said Nikolai Kropachev.

The participants of the meeting discussed the prospects for the development of the business school. GSOM SPbU Director, President-Chairman of VTB Bank Andrei Kostin spoke about School’s achievements, noting that GSOM SPbU remains Russia's only representative in the Financial Times European business school ranking, and in 2017 the Master in Management program became the only Master program in the country that was included in the The Economist ranking.

The Head of School Konstantin Krotov, spoke about development plans: “This fall our team held a strategic session where we formed the following hypothesis:  our School should be engaged in understanding new management tasks and spreading new managerial practices that will provide Russia with a breakthrough. It is necessary to move from the transfer to the creation and comprehension of our own advanced management practices, that are created in the leading Russian companies”.

To develop a strategy and test hypotheses, Konstantin Krotov proposed to create a “transformation office” or an innovation lab — a team that would quickly test ideas and conduct experiments: “To make GSOM SPbU transformation office work, it is important to form a team with interdisciplinary competences in the field of management and IT, to organize fast and flexible work, including decision making and search for specialists. But the most important thing is that we need integration with the transformation offices of large companies and new high-tech organizations.”

The participants of the meeting supported this idea, some of them has already suggested possible options for cooperation and best practices exchange. The first results will be presented at the Advisory Board meeting in June 2019.

The Advisory Board was established in 1993 as a pioneer experience of such Boards for Russian business schools. John E. Pepper, Procter&Gamble president and CEO had been its first chairman for ten years. Starting from 2007 the GSOM Advisory Board is chaired by Sergey B. Ivanov.  The Advisory Board includes 36 participants who represent government agencies, banks, leading Russian and international companies and world leading business schools and universities. 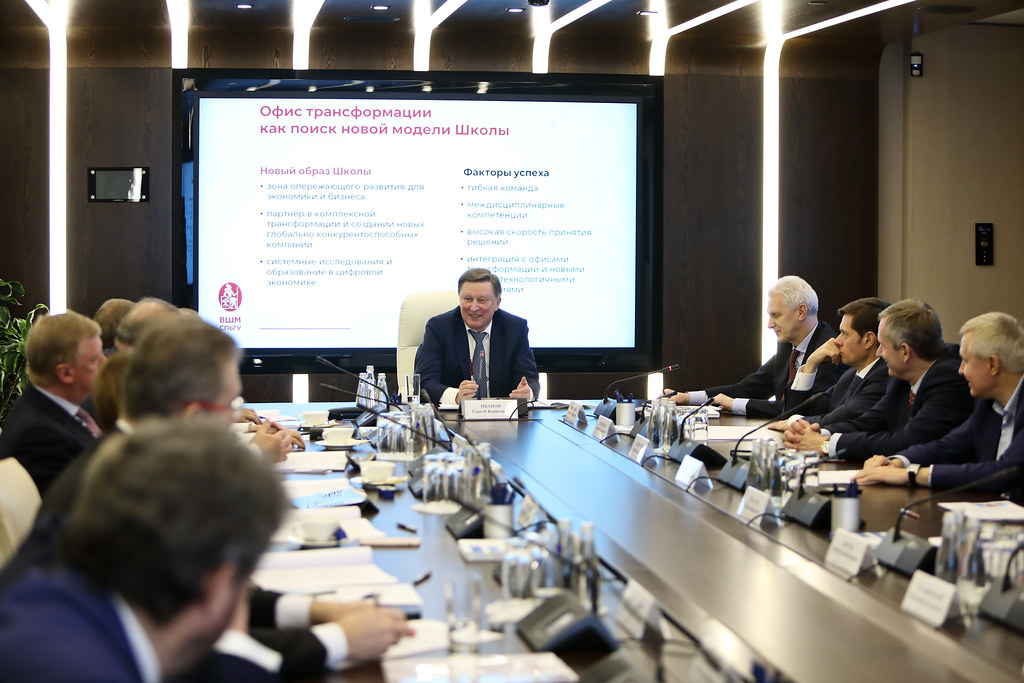