On December 12, the final of the BCG Idea Challenge 2019 case championship was held. The participants presented their projects for six different venues of the Moscow Museum of Modern Art. According to the results of the competition, three teams from GSOM SPbU won prizes. SupremArtists and The Strokes took first place, Connecting the dots took third place. In total, 12 teams from various universities of Russia were selected to participate in the championship, 8 teams reached the final. 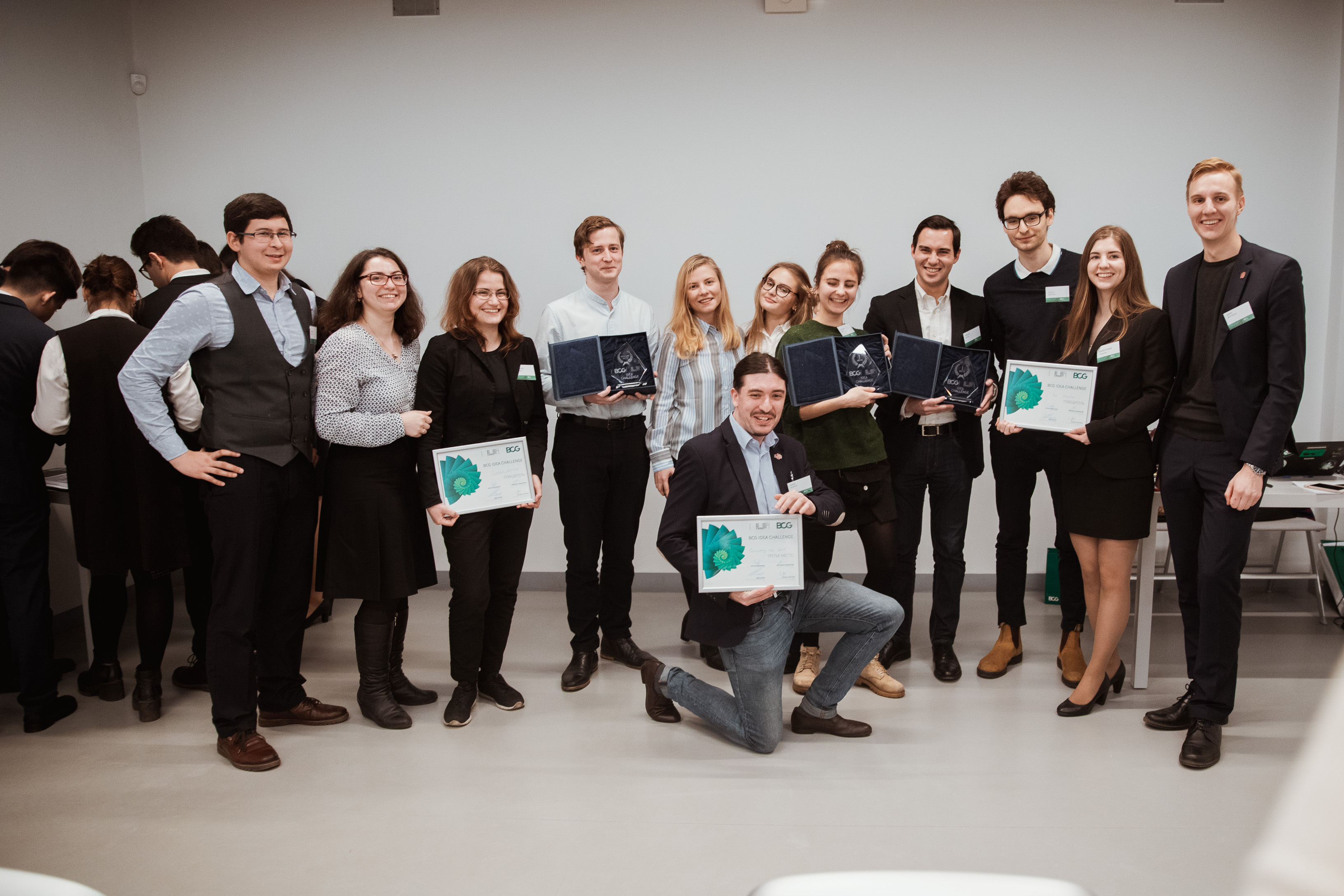 Polina Syrovatkina, Master student at the MIM program and captain of the SupremArtists team, spoke about her participation in the contest and what helped her team win: “It’s useful to participate in the BCG Idea Challenge, this is an opportunity to plunge into the consulting world. The championship includes all stages of a consulting project: from first meeting before the final presentation of the proposal to the client. We made a project for the Moscow Museum of Modern Art, and it was very interesting —  to develop creative and effective solutions, taking into account financial constraints. We presented the judges with a decision that was fundamentally different from the decisions of competitors, and this became one of the decisive factors.

Polina advised future BIC members to carefully choose team members: “You have to spend a lot of time with each other. You should be comfortable working together, and you should trust each other. I am very glad that I study at GSOM. There are a lot of ambitious and smart students, so it was easy to build the team. I can say that the opportunity to work with my wonderful teammates is no less important award for me than the glass figurine and fast track in BCG. I also recommend that future participants clearly distribute tasks, make a presentation when the solution is ready, and not try to create it “from scratch”, and choose the latter between skype calls and face-to-face meetings. In general, the main advice and wish —  believe in yourself! There are no unsolvable tasks”.

The second team that took the first place was The Strokes. It was presented by MIM Master students — Kirill Clark, Nikita Ilyichev, Denis Dorofeev, Valentina Gritsenko.

The BCG Idea Challenge is a competition of ideas where talented students and mentors from BCG work together on a socially significant project. This year the competition was held for the sixth time. The pilot project was launched in 2014 for the Symphony Orchestra named after P.I. Tchaikovsky. The project participants had an important and interesting task — to develop a marketing strategy for the orchestra.

Anton Stepanenko, Partner at the BCG Moscow office, the ideological inspirer of the contest, said: “BCG Idea Challenge is a unique alloy of several cool things: the opportunity to make a personal contribution to the development of the country's brightest non-profit organizations, to develop critical skills in both consulting and life — teamwork, leadership, communication, critical thinking and even a bit of slide writing, as well as working side by side with experienced BCG consultants.

The third place was taken by the team —  Connecting the dots, which was presented by Daniil Yakushev, David Osipov, Anush Sahakyan and Polina Gradyskaya.

BCG Idea Challenge is a great opportunity to contribute to solving socially significant problems and understand how diverse the life of a consultant is. Contestants are one step closer to a career at BCG, receiving an invitation to undergo a shortened selection process.