The head of Rostelecom gave a lecture at GSOM SPbU

On April 19, the head of Rostelecom Mikhail Oseevsky delivered a lecture at GSOM SPbU on how the company is trying to see the future in order to maintain and develop its competitiveness. 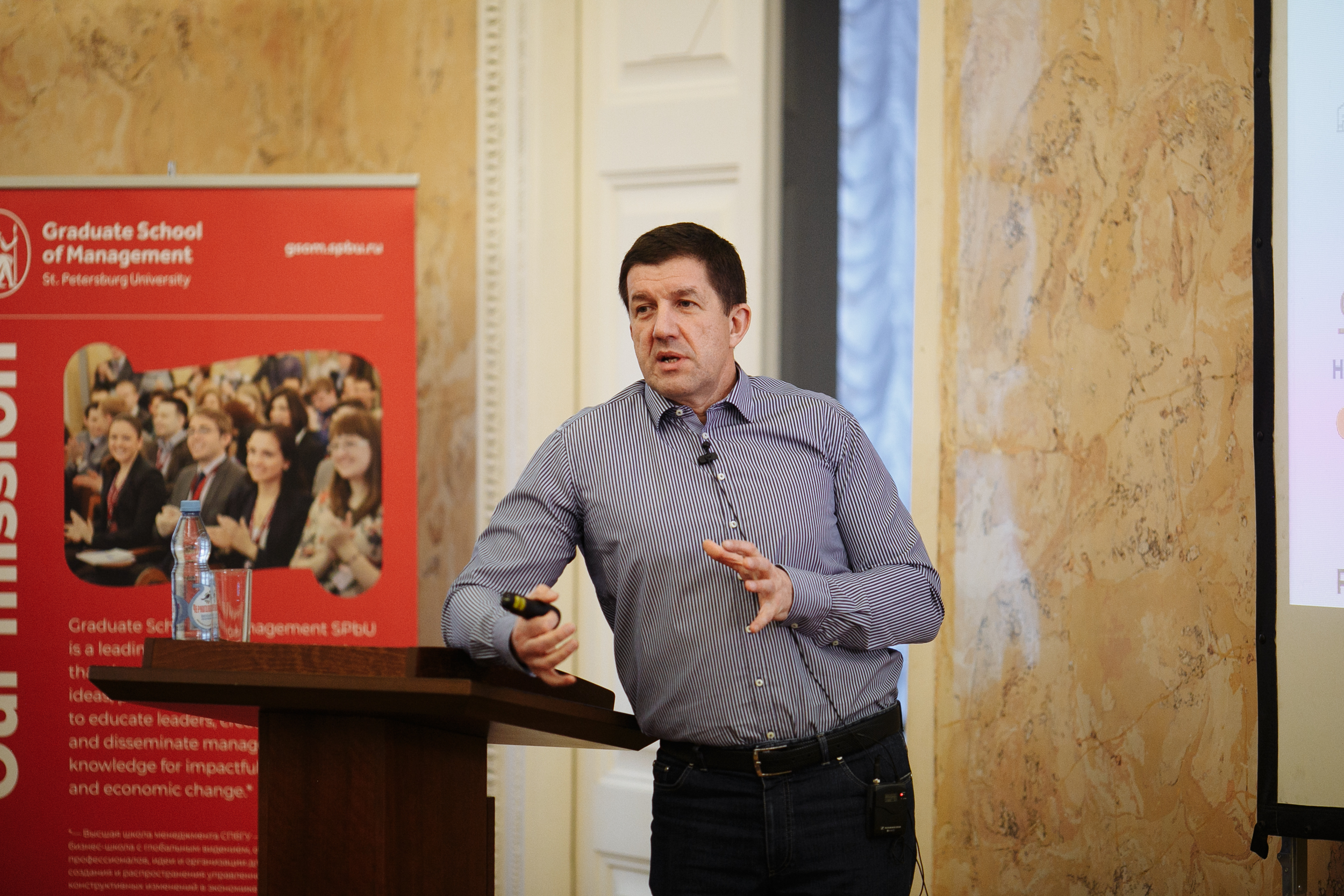 Mikhail Oseevsky identified four areas in the development of AI, which have practical significance.

At the beginning of the lecture  the head of Rostelecom  told  about the stages of technological trends formation. According to him, in order to see what would happen in the future, it is necessary to analyze what was happening at each of the stages. “At Rostelecom we annually conduct deep and serious research, processing huge volumes of various unstructured information,” said Mikhail Oseevsky.

The company analyzes scientific articles, patents, market operations and publications in media. Information processing takes place with the help of special programs. “At the end, the program gives us the ranking of those technologies that are most often mentioned in each of the sources,” explained Mikhail Oseevsky and showed the results of 2018 study.

In the first place in 2018 was artificial intelligence. At the same time, over the previous four years, mobile communications occupied this place. According to the president of Rostelecom, China is among the leaders in the number of publications and patents, and the USA leads in the number of investments. Russia is in the top ten in patents and intellectual contribution. “The mathematical school is still strong in Russia. Moscow State University, Tomsk University and ITMO lead in the number of publications. Among the companies, the leaders are Yandex and Kaspersky,” said the head of Rostelecom.

Mikhail Oseevsky worked in the government of St. Petersburg, was deputy head of the Ministry of Economic Development of Russia and chairman of the Board of VTB Bank (PJSC). Since 2017 he has headed Rostelecom PJSC. This company plays a key role in the implementation of the National Program “Digital Economy of Russia 2024”.