Olga Dergunova held a meeting with faculty and staff

On June 13, GSOM SPbU new Director Olga Dergunova held a meeting with faculty and staff. “Any new person with new ideas, first of all, shouldn’t harm the positive inertia, which moves the development of the organization, as well as understand what the next step will be formulated by the people with whom you go further,” said Olga Dergunova. 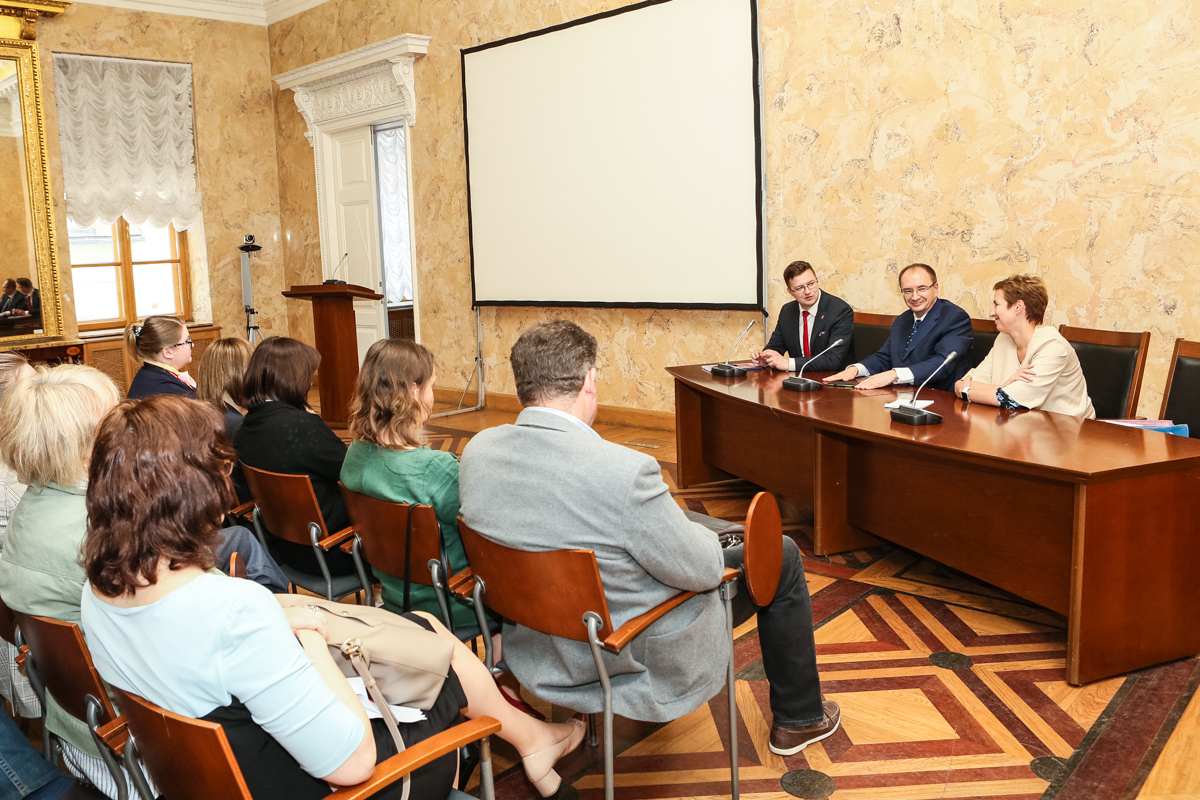 Olga Dergunova noted that, while remaining at the post of Deputy President and Chairman of VTB Bank, she will look for opportunities to involve her team in the development of GSOM SPbU. According to her, some projects of the bank may become a subject of discussion with the School faculty, and it may be interesting for professors to become members of project teams. “When the bank has already made some digital processes a routine, a field for activity appears for a scientist — creation of norms and rules that later will help to determine the next steps in business development. We, as a big company, can come to the School with this and by involving teachers, graduates and students in our technological projects, try to form a new way of delivering the results of education,” explained the new Director.

The decision to change the Director of the School was made on June 6 at a meeting of GSOM SPbU Advisory Board. Olga Dergunova’s cooperation with the School has been going on since 2007, when she joined the Advisory Board. Since then, the Deputy President and Chairman of VTB Bank regularly participates in the School’s events and delivers public lectures.