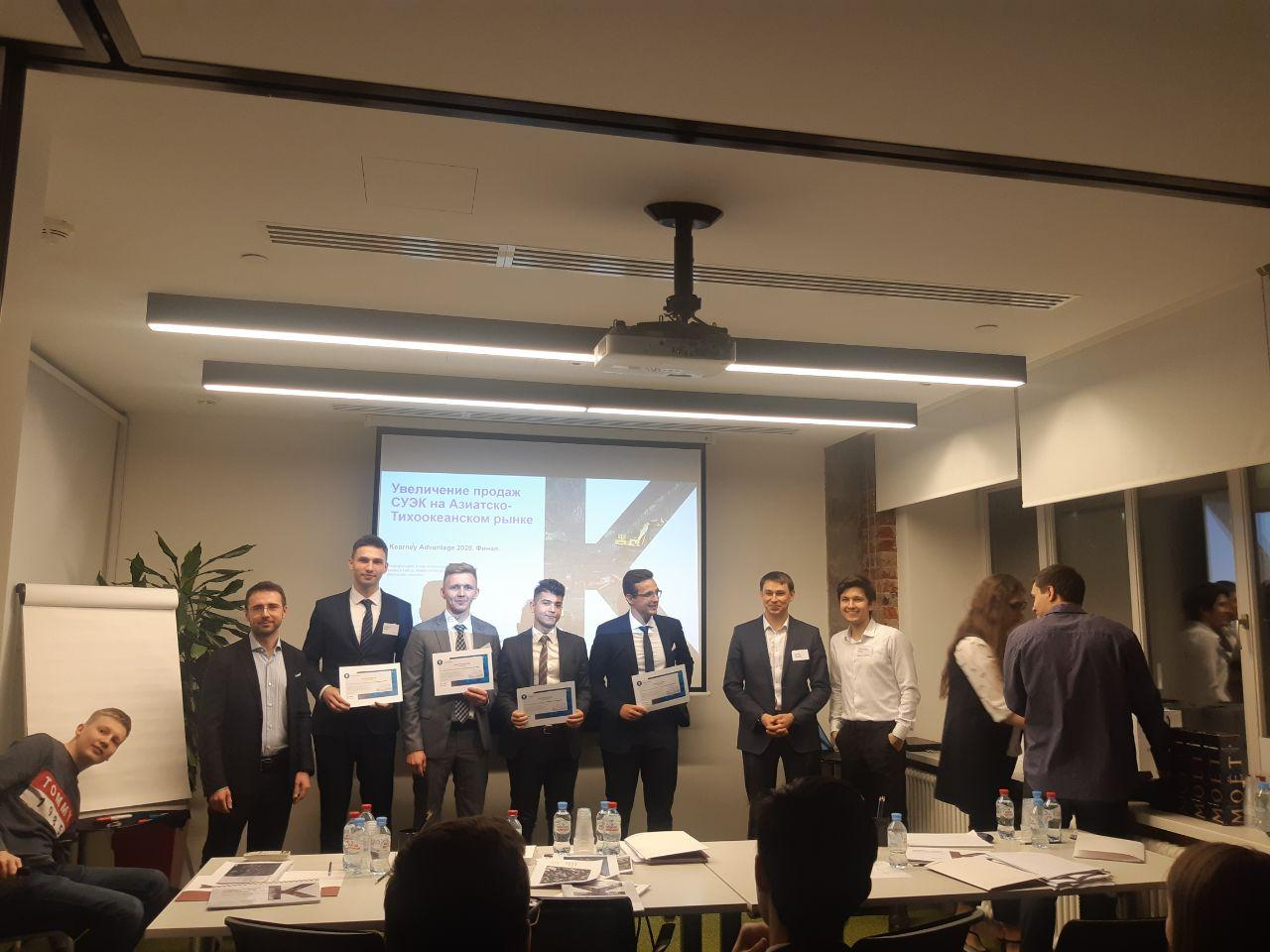 The case championship consisted of 3 stages: sending the decision online, the semi-final and the final in the office of A.T. Kearney. The partner of the championship was the Siberian Coal Energy Company (SUEK). This is one of the largest coal-energy companies in the world, a leading producer of coal, heat and electricity in Russia.

Nikita Dreval, a 3rd year student in marketing, told how their team was preparing for the case championship: “Thanks to the GSOM Family, namely, alumni working in consulting, we were able to consult with experts from the industrial sector to get a general picture the coal market processes, and how to present our decision and to form the logic of the story. ”

In the final teams presented projects aimed at increasing the sales of SUEK in the Asia-Pacific market. They were evaluated by representatives of Kearney and SUEK. 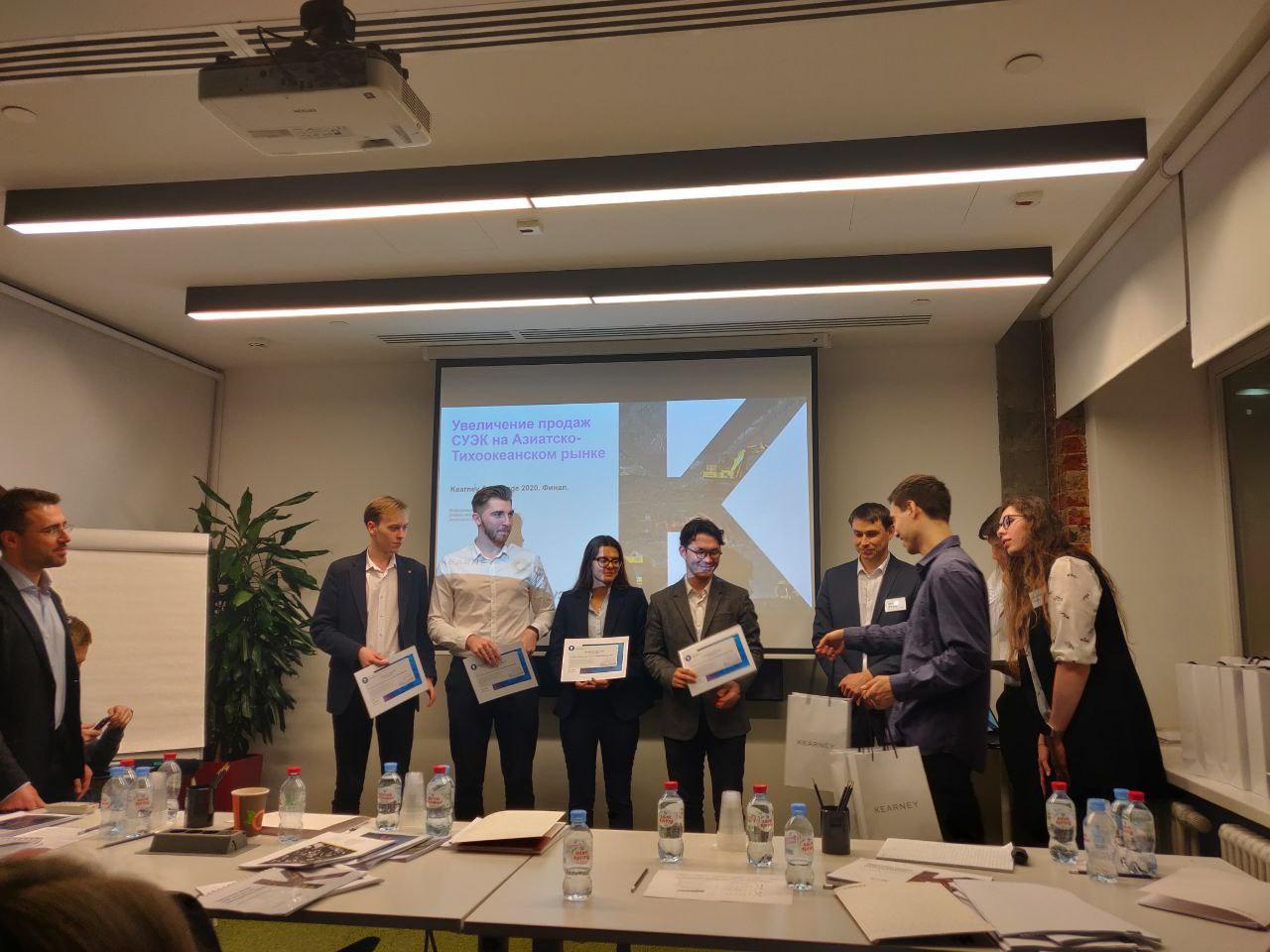