The XII Northern Dimension Forum brought together over a thousand participants: Russian and European businessmen, researchers, representatives of government and public organizations. Its results were summed up by Konstantin Krotov, Head of School, Graduate School of Management, St. Petersburg University (GSOM SPbU), and Alexey Mordashov, the Chairman of the Board of Directors of PJSC Severstal, Co-Chairman of the Northern Dimension Business Council. 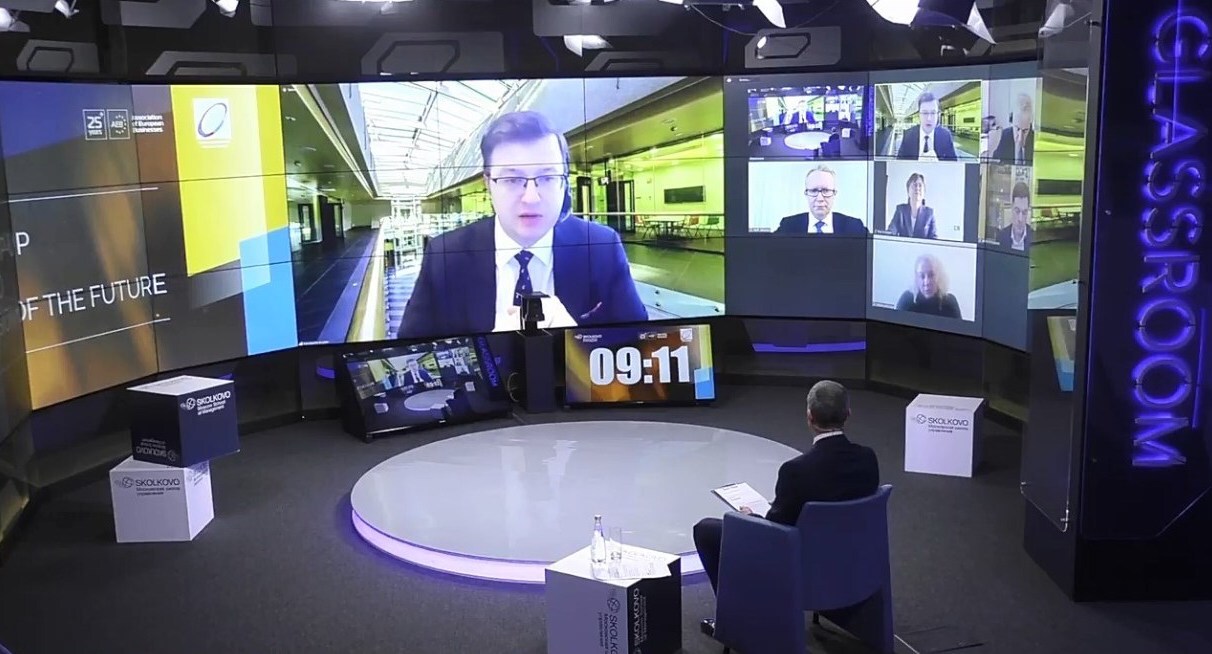 In 2021 there was a record number of participants: more than a thousand people took part in the event. Last year, the forum was also held online, but then it brought together 800 experts and listeners.

During the forum, six parallel sessions were held on the creative industry, ecology and circular economy, energy industry, healthcare, mobility, and transport and logistics.

The results of the discussions were summed up at a plenary session with the participation of Konstantin Krotov, Alexey Mordashov and Rolf Jansson, President of VR Group. The moderator was Andrey Sharonov, President of the Skolkovo Moscow School of Management.

In his speech, Alexey Mordashov expressed his hope that the forum would help in the development of a comprehensive dialogue to solve urgent problems, as well as "in the development of connectivity in every sense of the word." He stressed: “Unfortunately, there are few formats for connection between Russia and European colleagues, and the Northern Dimension is one of the remaining one.”

“Today we see fragmentation in geopolitics... This is very dangerous, especially given the interconnectedness of the world, our sensitivity and fragility. I would like to see the beginning of the era not of bilateralism, but of multilateralism, so that the rules of the game were general. Let me remind you that after the Second World War the world has been moving in this direction for several decades. The creation of the European Union is a vivid illustration of this, one of the brilliant examples of cooperation. Let's use this lesson and try to push back the trend towards localization,” said Alexey Mordashov.

Konstantin Krotov also spoke about global problems, the specifics of the information flow in an era of changes and the ability to distinguish true from false.

“It is important that very deep changes are now taking place in cultures, societies, economies. They are imperceptible or considered insignificant, but they due to fundamental nature, are changing many industries and many businesses: energy, ecology, creative industries ”, — emphasized Konstantin Krotov. “An important aspect is the criticality of this expertise. Digitalization and platforms are creating a tremendous information noise. It's hard to make out the essence behind this noise. And very often we see fake expertise. Fake changes. Fake digitalization... Therefore, it is really critical to discuss what is happening, what trends we see, what best practices exist, what we can collectively influence to make the world a better place,” he stressed.