The right to open the conference was granted to Konstantin Krotov, Head of Graduate School of Management and Maxim Sokolov, Minister of Transport of Russia, Head of Department of State and Municipal Management. In his welcome speech, Konstantin Krotov noted the expansion of the geographical representation of participants, among which now are not only students of St. Petersburg University and St. Petersburg transport universities, but students and researchers from Novorossiysk, Rostov-on-Don, Ulyanovsk region, the Siberian State Automobile and Highway Academy, Samara State University of Railway Transport, Irkutsk State University of Railway Transport, Higher School of Economics, Finance University of Government of the Russian Federation. The interest in the conference is not accidental; at the moment it is the one and only research and practical platform where young specialists in PPP field can test their knowledge and skills in direct dialogue and discussions with recognized experts. Maxim Sokolov, in turn, stressed the importance public-private partnerships (PPPs)' studies in higher education institutions. The significance of the conference is to help beginning specialists to study this form of interaction between the public and private sectors and to get an undistorted understanding of the bases from practitioners and experts in the field of PPP.

This problem was the subject of the first event of the conference, PPP debates on "Risks in PPP Projects: Who Should Take and How to Manage?" moderated by Dmitry Pronchatov (Deputy Head of Rosavtodor) and Svetlana Maslova (Director of the Center for Public-Private Partnership Studies, GSOM SPbU). They proposed eleven issues for voting and discussion that concerned the allocation and prevention of financial, land, environmental, social and political risks in the implementation of PPP projects. Keynote speakers took part in the discussion: A.B. Chichkanov (former Vice-President of JSC Gazprombank) and A.V. Kiselev (Deputy Head of Department for Financing Infrastructure, VTB Capital). Among the experts: P.A. Brusser (JSC Gazprombank), R.A. Golovanov (Investments Committee of St. Petersburg), D.O. Grigoriev (Regional Development Center for PPP Khabarovsk Krai), I.N. Kargin (Committee for the Development of Transport Infrastructure, St. Petersburg), P.V. Karpunin (Capital Legal Services), A.A. Nikonov (Graduate School of Management, SPbU), O.A. Potiforova (Directorate for Development of Transport System, St. Petersburg and Leningrad Region), E.N. Semenova (Federal Road Agency), A.V. Filimonov (PMA LLC). And along with experts with significant experience in the field of PPP, students of GSOM SPbU undergraduate and graduate programs "State and Municipal Management" presented their detailed and reasoned position on the issues of PPP-debates (Zhanna Azizova, Nikita Alesenko, Margarita Arsenyeva, Anzhelika Muryshkina, Daria Sergeeva and Ivan Lapov). The discussion touched upon issues that are not easy for the theory and practice of PPP, including approaches to the very notion of risks in PPP projects, the circle of persons involved in their management, the list of the most critical risks for PPP road projects, the most effective measures and strategies for their prevention and mitigation. 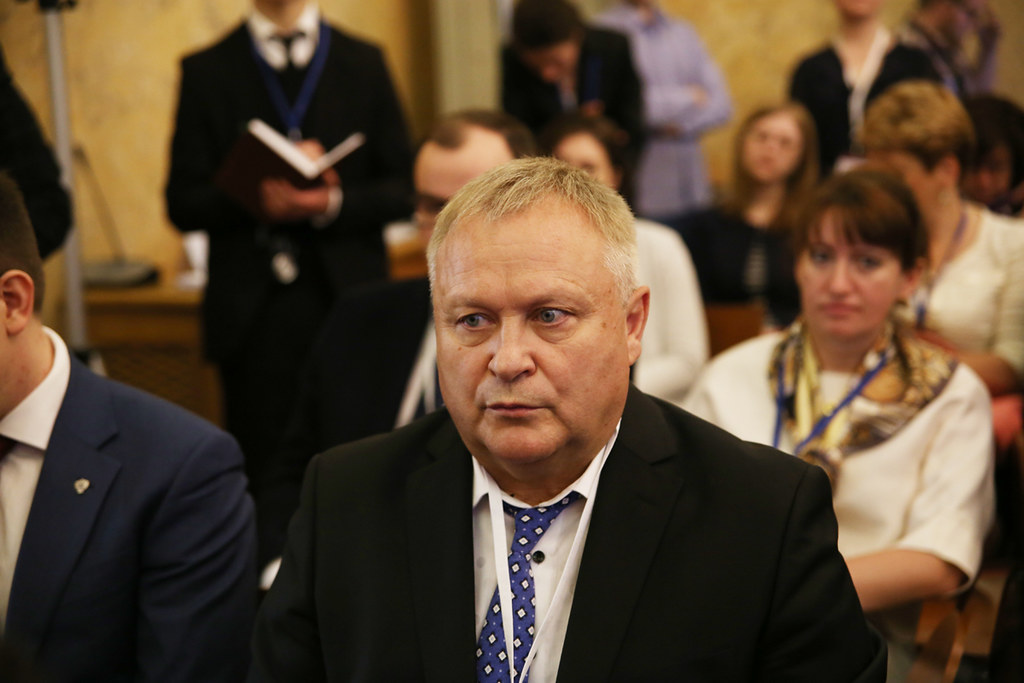