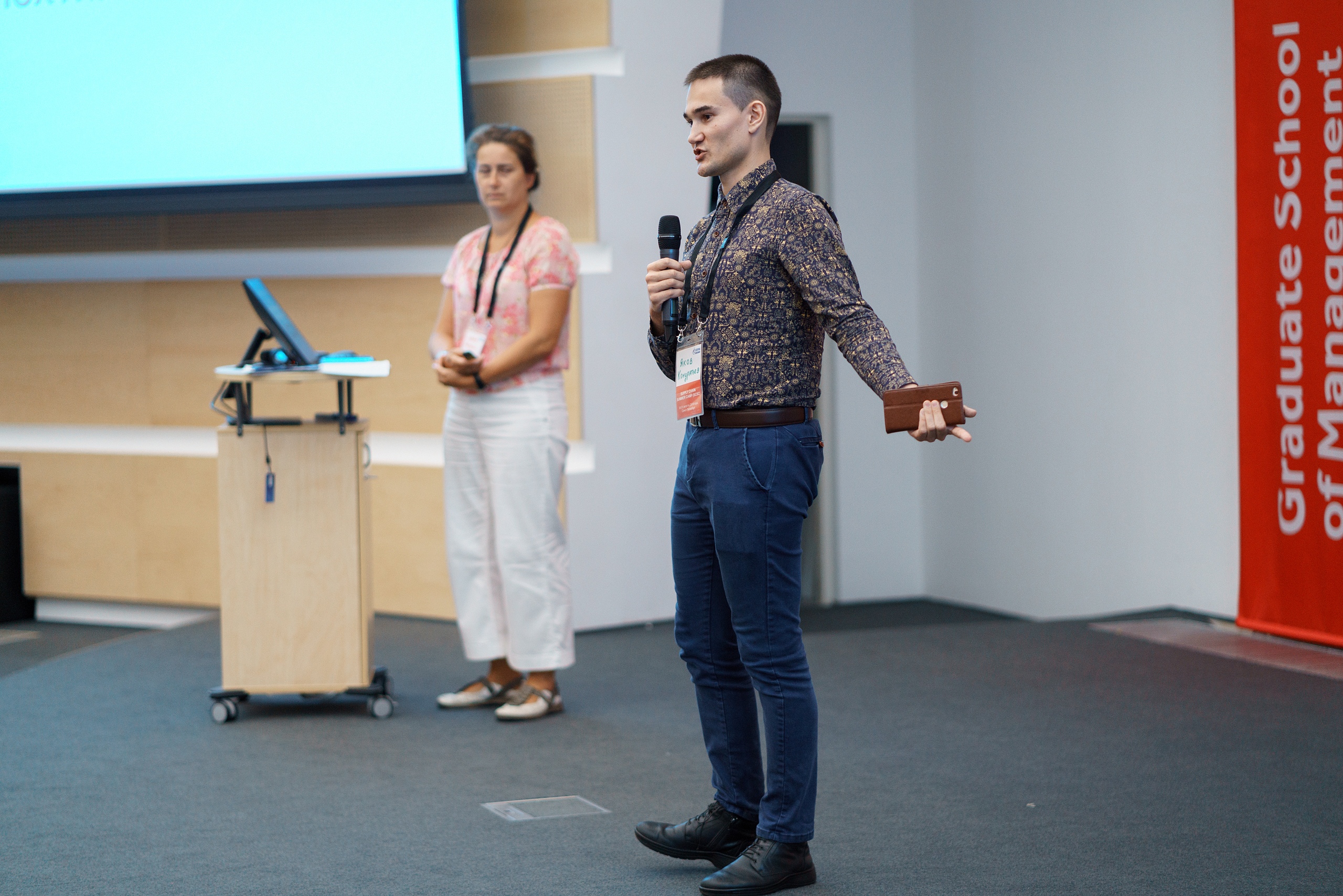 During the day presentations of PJSC NK Rosneft and the Companies of the Group of the Company, than questioning students, the presentation of opportunities for practical training and employment in the company. After that  the business game “Management and Development of a Vertically Integrated Oil and Gas Company” for university students took place.

Among the winners of the game there were GSOM SPbU students — Iakov Kondratiev and Tatiana Pochevalova.

– Why did you decide to participate in Rosneft Day?

I had never participated at such simulators before and it was interesting for me to get a new experience. And also I have recently been interested in the oil and gas sector, so the VINK business game has become for me a wonderful combination of business and pleasure: the opportunity to find out what economic simulators of companies are and to acquire some new knowledge about the industry that interests me.

– Was the participation in the game useful for you?

During the game, I got acquainted with the principles of oil companies. Also there is a general ranking of VINK players, which includes all the people who have ever taken part in this game. And, by the way, almost everyone who is involved in the Russian oil industry played in ie: from ordinary workers to the owners of oil companies. So now my name is on the same list with the names of very famous and very serious people (though I don’t know what distance is between our positions in this ranking).

In addition, the results of participation in the VINK game are quite seriously assessed by recruiters in Russian oil and gas companies: since the game’s database contains absolutely all the actions of the players — who made decisions and what results these decisions led to. Recruiters can see how the applicant behaved in a stressful situation, how well he got along with other team members and communicated with other teams. All this is also important, especially for applicants for senior positions.

All participants were divided into teams. Roles were distributed within the team — captain, analyst, production director, auctioneer, etc. Roles are distributed at the request of the people: one person can take on several roles or several people can play the same role, the team can also consist of one person.

All players are seated at separate computers. Each team has a main computer, on which the captain takes all actions for the production and sale of petroleum products, as well as additional computers that other team members work on: analyze the news, buy and sell shares, deposits, etc.

The game consists of several periods lasting an hour and a half, each of which represents a virtual year of the company. The goal of each team is to bring as much profit to their company as possible, so that virtual workers do not run away from their virtual company, and there are no stops at virtual factories.

– Will you participate in the game next year? What do you recommend to future participants?

If there is enough time, I will definitely take part in it again. This game is a great opportunity not only to understand, but also to feel what the oil business is like. In any case, the participant receives new knowledge and useful experience.

I can recommend future participants to be very attentive during the briefing, when they will be shown the program interface and explain the principle of the game: this will save a lot of time at the beginning of the match and give a competitive advantage over opposing teams.