On May GSOM SPbU presented new corporate style of the School. On the updated logo, Minerva, Roman goddess of wisdom and crafts changed her appearance. Now she looks to the future.

Why we decided to update our logo?

The issue of strengthening School's brand has been discussed several times by the Advisory board. First of all strong brand is one of the requirements for obtaining the only left Triple Crown accreditation — AACSB. The Accreditation standard assumes that the business school in university should have its own brand. The other reason for changes was the updated Mission of  GSOM SPbU and the list of values such as:

How did the first GSOM SPbU logo appear?

Since its foundation Graduate School of Management is part of St. Petersburg University. Therefore, at the very beginning, the central image of SPbU emblem was chosen as a School logo. It was the image of the goddess Minerva.
The emblem of St. Petersburg University was created in 1991 by the chairman of the Guild of the Russian heraldic artists Mikhail Medvedev. He created it on the basis of the Russian Academy of Sciences emblem.

Minerva is the Roman goddess of wisdom and crafts, in Greek mythology she corresponds to Athena Pallas. The Etruscans called Minerva the goddess of mountains, useful discoveries and inventions. Unlike the Greek Athena, Minerva is not a militant goddess, she is more often described as a strategist defending her territory. The Roman goddess was usually portrayed in armor, a helmet and with a spear, or with an owl in one hand and a snake in the other. The owl is a symbol of night reflections, and the snake represents the wisdom.

Development and design of a new logo

The changes began in 2016 after the meeting of the Advisory board. Several discussions were held with the employees of PR departments from companies represented in the Advisory board. As a result, basic values and wishes for a new visual identity were formulated. Then internal working group joined the process. It was formed by several experts in the field of marketing and branding, including  Sergey A. Starov, Doctor of Economic Sciences, Professor of the Department of Marketing, the author of more than 85 books and publications in the field of branding. Based on the results of their work, a brief was set up to develop the guidebook and redesign the logo. The brief was formed on the basis of updated mission of the School and the list of values approved by the partner companies.

In 2017, it was decided to leave Minerva as the main symbol of GSOM SPbU. It was done because university traditions are on the first place in the list of values of the School. The goddess also retained her classical attributes, including a shield with the symbols of St. Petersburg and an Attic helmet. However, her position has changed, now she looks to the right side, to the future. New logo was tested on different professional groups and launched. In the new version, School symbol became modern, scalable and concise. 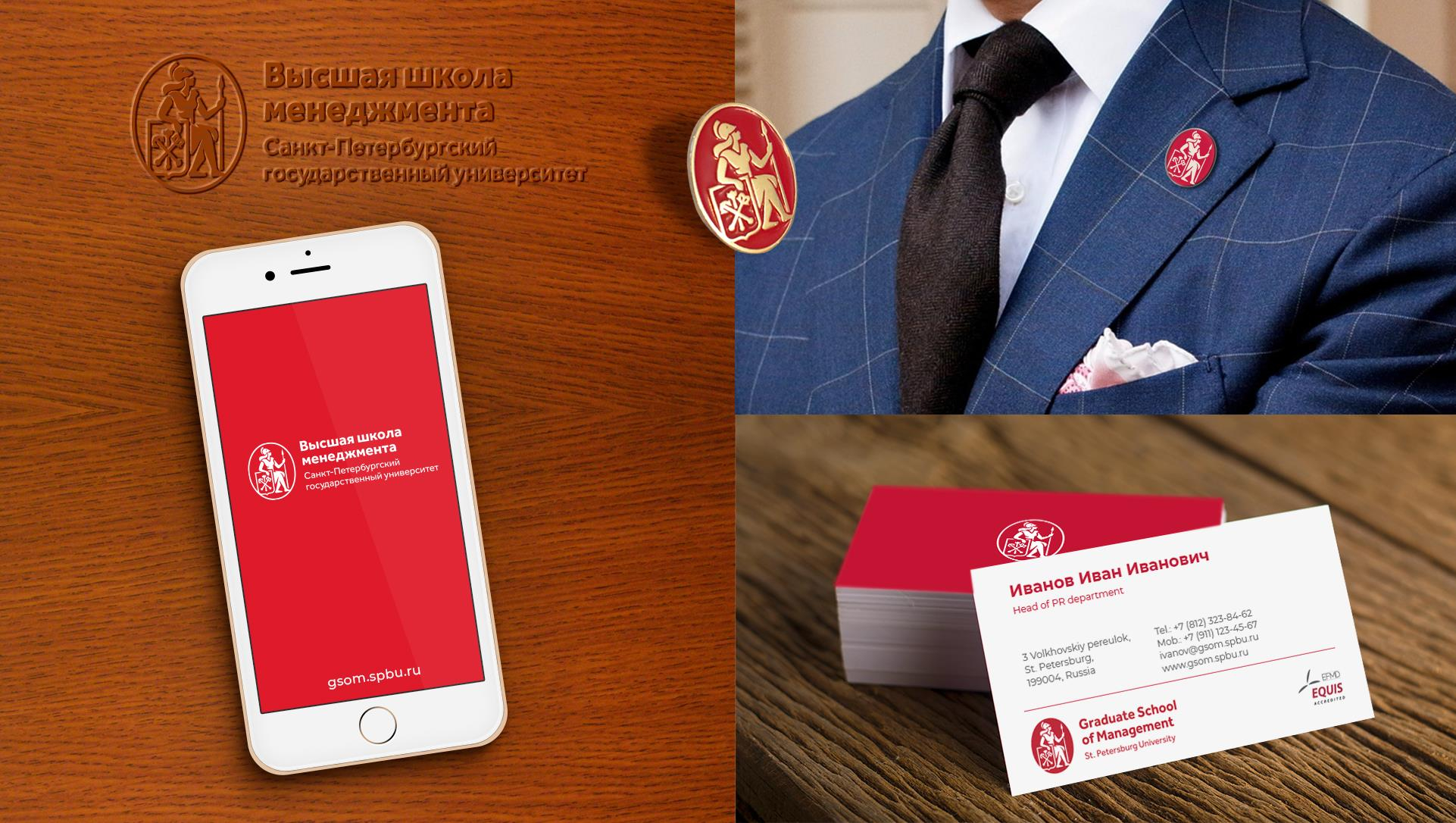